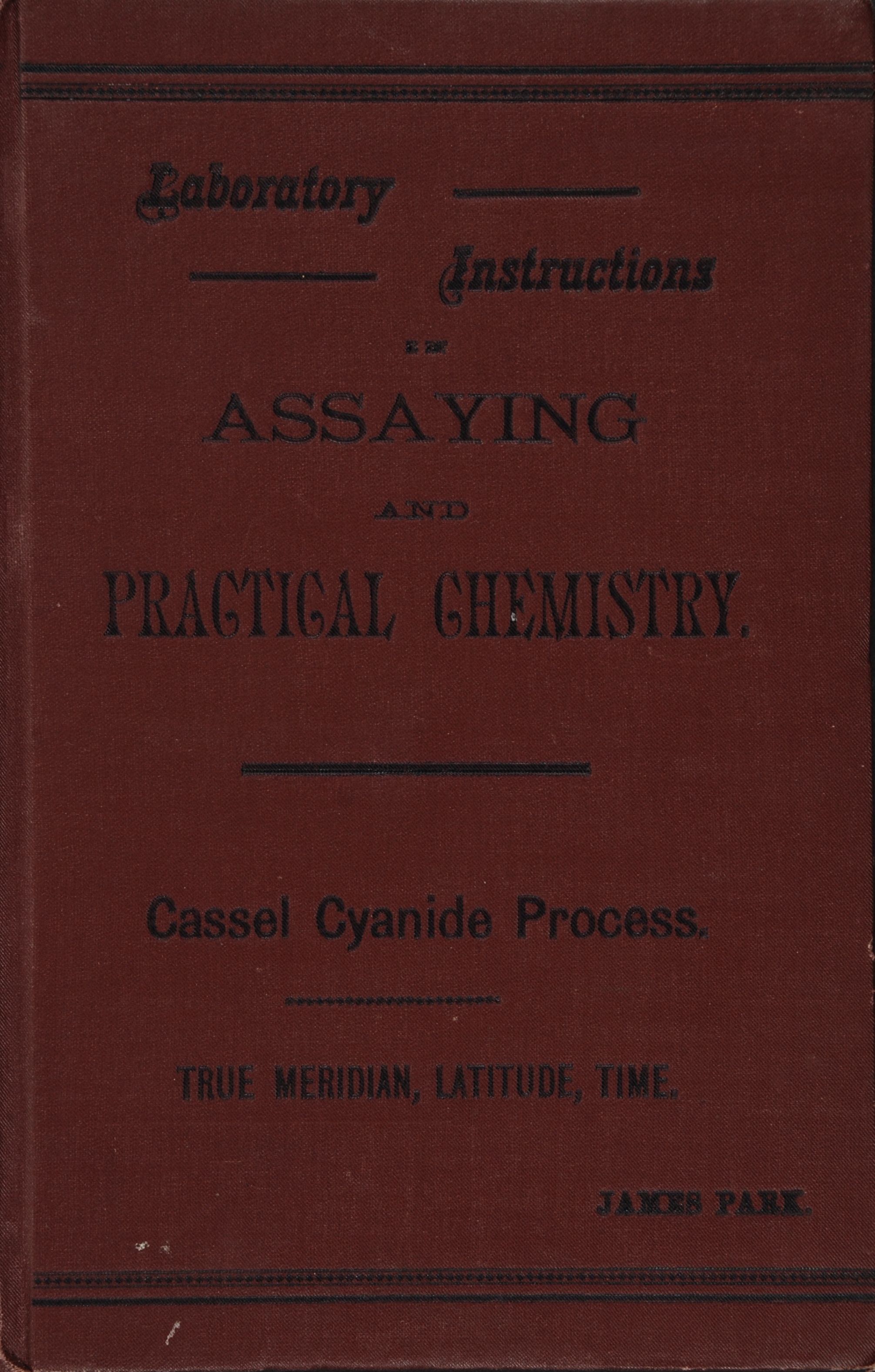 Displayedare examples of essential texts for New Zealand industrial and chemicalprocesses. Park's book was published as a teaching aid for use in Schools ofMines in Dunedin. 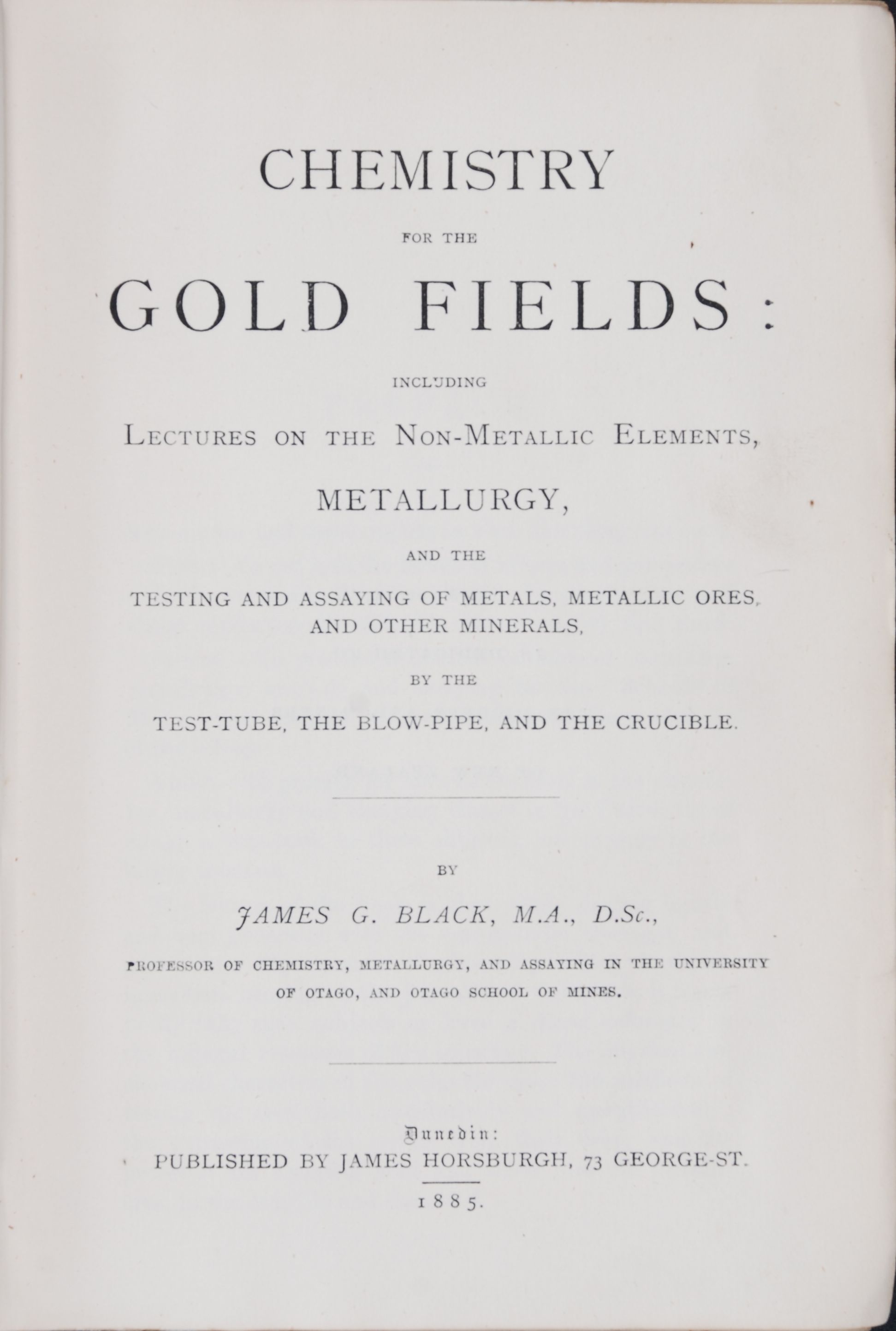 Black'stextbook was published for use in the Thames mining school. Gold extraction,especially using dredging technology, continued as a major source of wealthwell after the rushes of the 1860s. 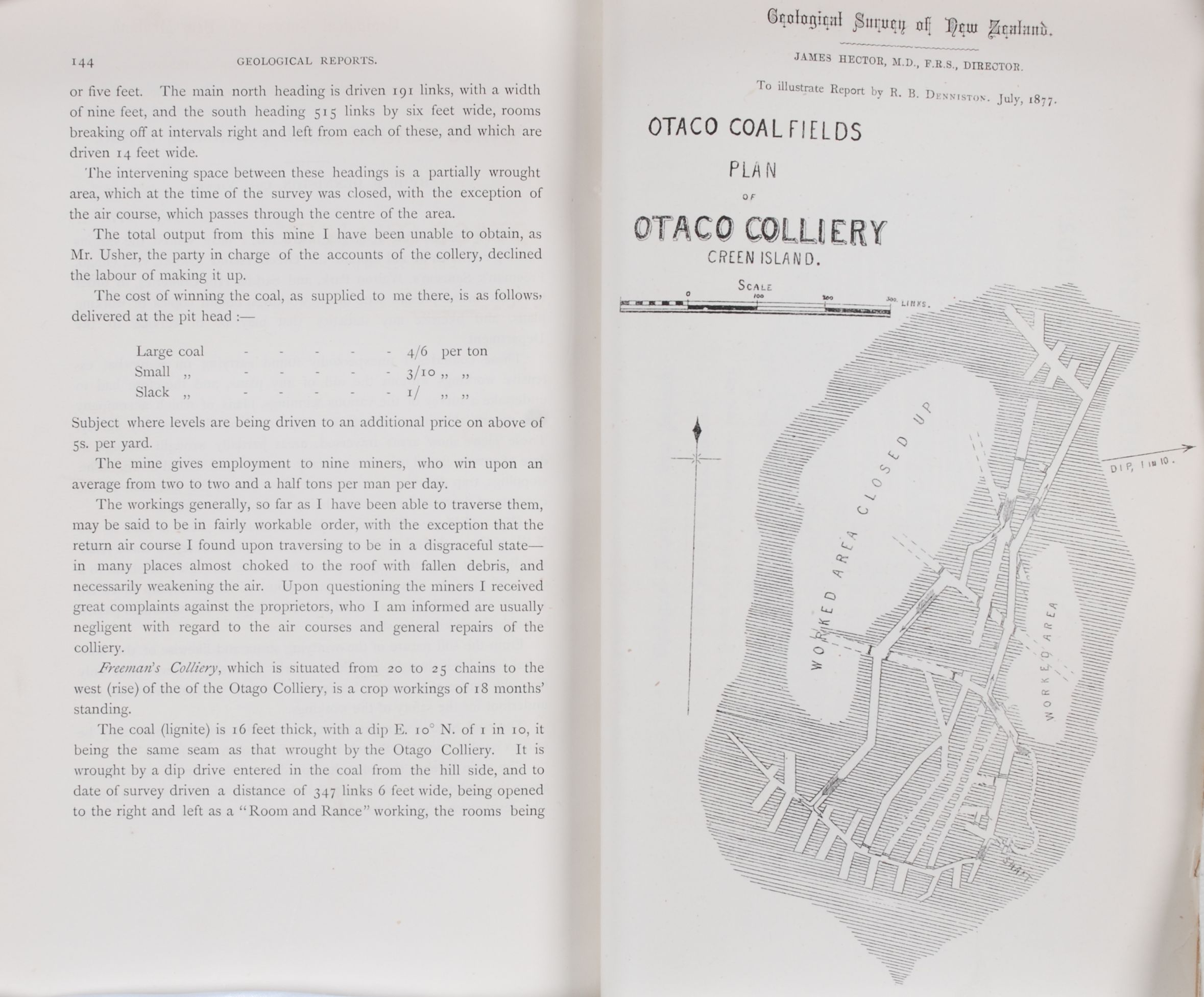 R. B. Denniston, mine manager at Denniston, West Coast, visited working collieries around the Dunedin area in 1877, preparing the report displayed. Dunedin's coalfields played a role in the establishment of heavy industries in Dunedin and were sited in close proximity to good rail transport. Denniston's maps showed that coal from the field was being quickly exhausted. 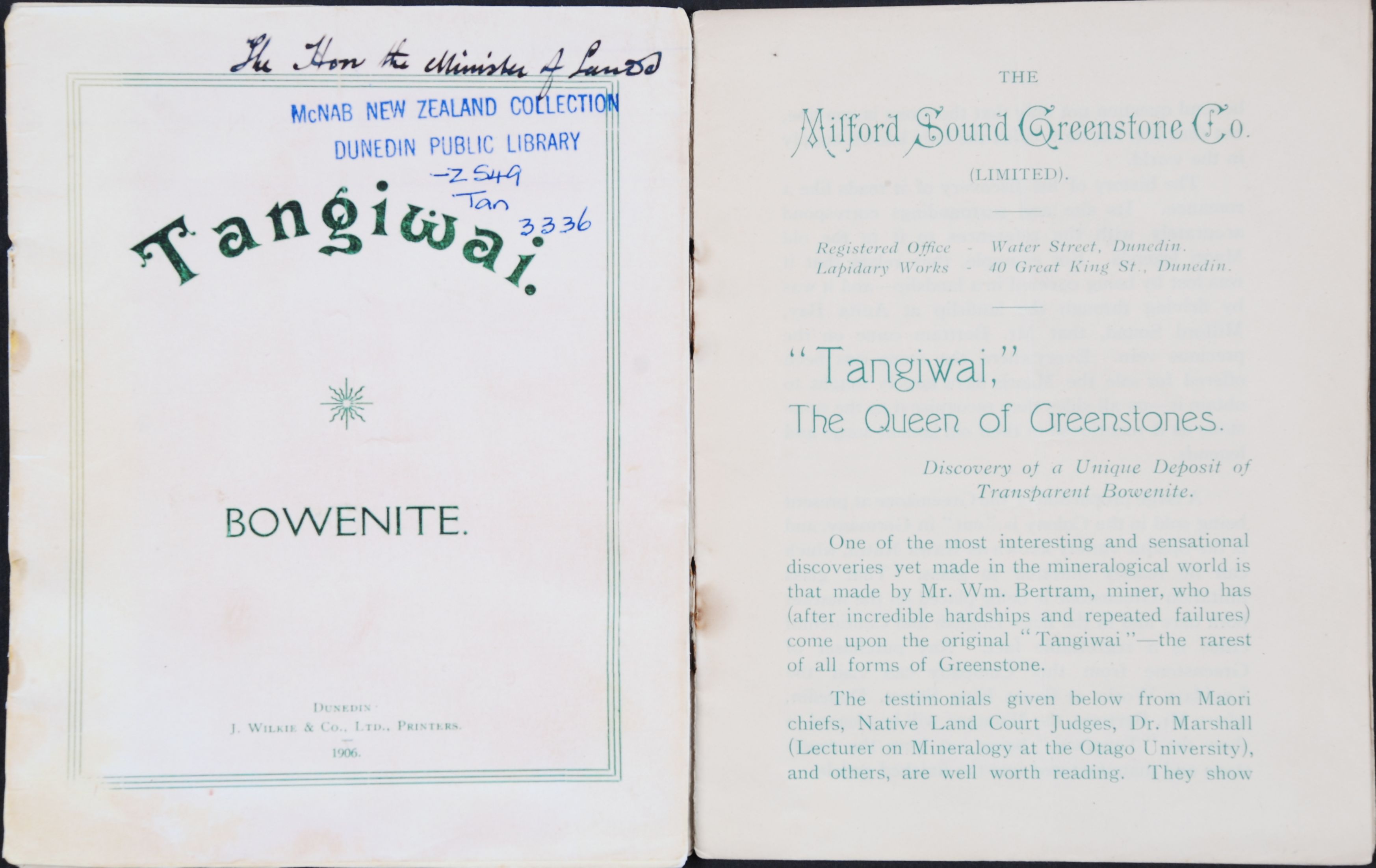 Māori tradition told of a greenstone quarry at Milford Sound (Piopiotahi). William Bertram attempted to find and mine it. A shaft was driven through a landslide at the western end of Anita Bay and greenstone was found. Bertram published this company prospectus, but was unable to exploit his find. Searchers in the 1970s found no trace of the Milford Sound Greenstone Company's activities and it is likely that a later slip has covered the evidence.*

The Minister of Lands referred to on the cover was the donor Robert McNab.