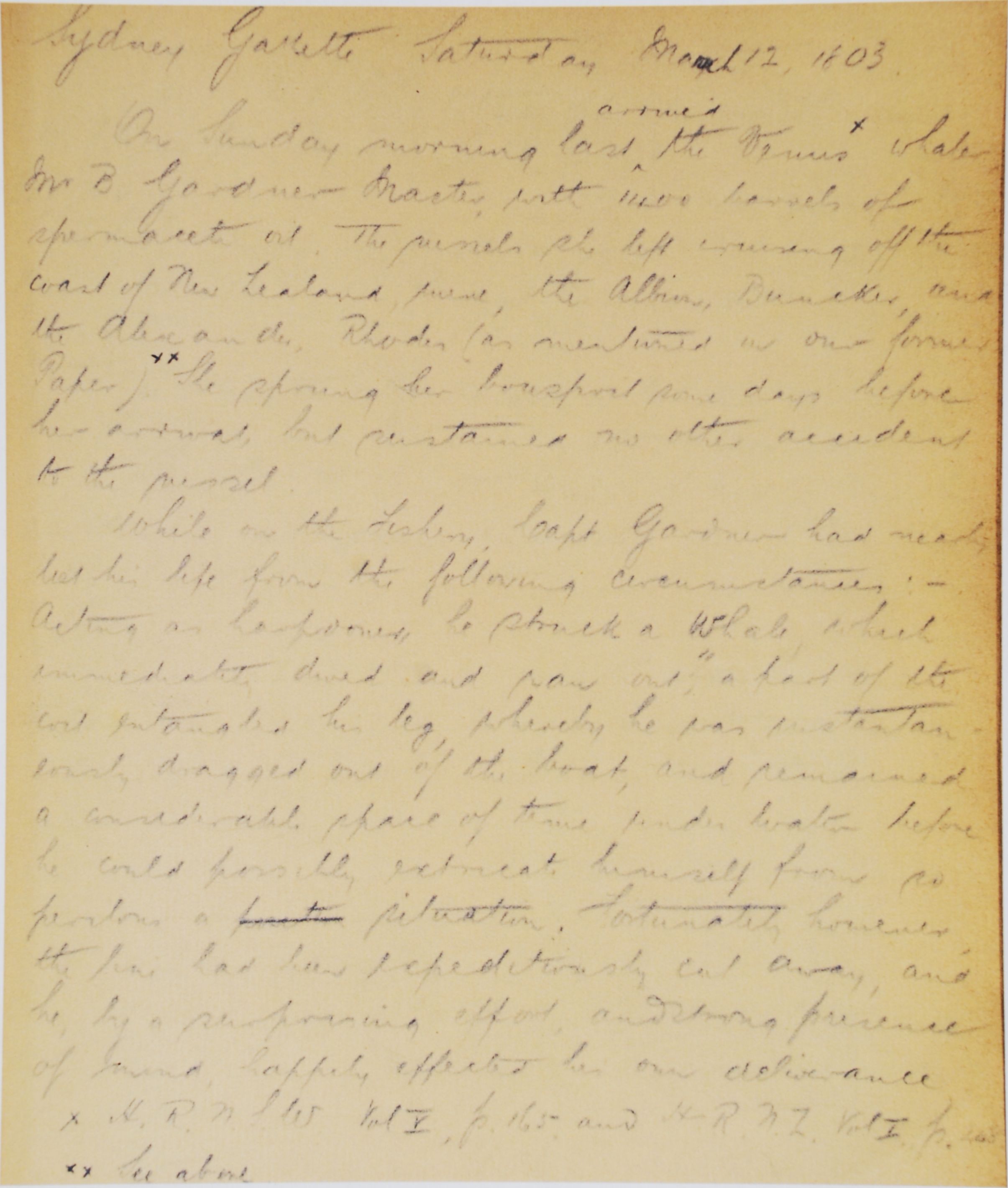 A copy ofRobert McNab's Historical notes whichshows that he consulted the Gazetteand noted articles of interest to him in his research and writing. Along withthe Trustees he held the view that these early newspapers were an importantsource of historical information.

The Sydney Gazette and New South WalesAdvertiser was the first Australian newspaper. It ran from 5thMarch 1803 until 20th October 1842. An official publication of thegovernment of New South Wales, it printed government orders, rules andregulations alongside shipping news, town gossip and commercial information.The editor was George Howe (1769-1821). In 1800 he had been sentenced to deathfor shoplifting but that sentence was commuted to transportation for life. Oncein Australia his experience working on the LondonTimes stood him in good stead and he was appointed Government Printer. Thenewspaper was printed on a small wooden press and used type that had come outon the First Fleet with Governor Phillip in 1788. It was important as areliable source of factual information and each issue was strictly reviewed bythe government until 1824. 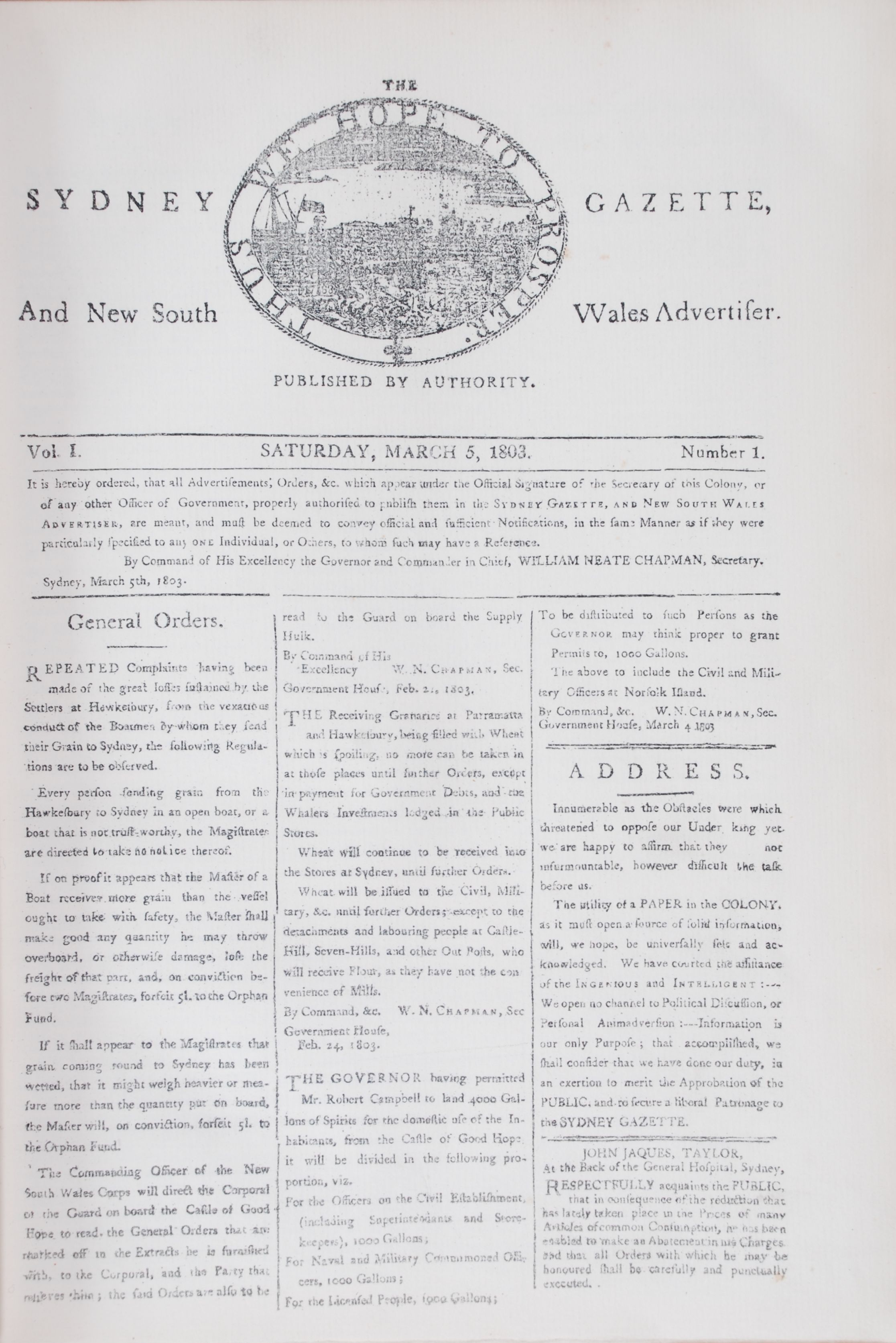 TheTrustees of the Sydney Free Public Library had been promoting the idea of doinga reproduction of the newspaper since 1882 because they felt it was importantto preserve the Gazette as itdocumented the early history of the colony. In 1899 their plans came tofruition. On display is the first volume of the Gazette, number 84 of only 100 copies.