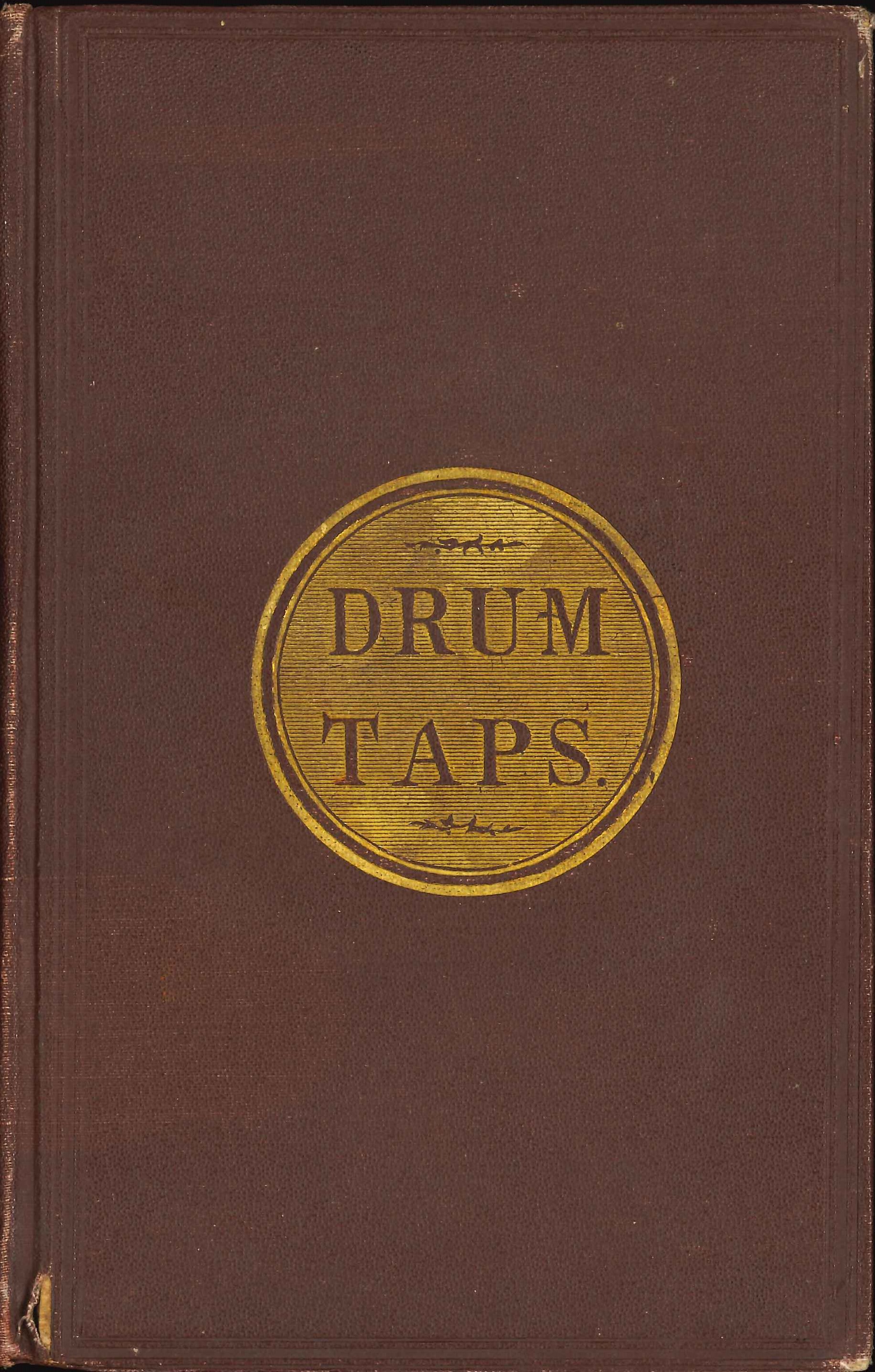 Just after the Civil War ended, Whitman published Drum-Taps, a collection of his war poems that included four poems about Lincoln, and others about battles, home scenes, and emotional responses to the war. It is undeniably a compelling poetic account of men at war.

First published as a separate book of 53 poems in 1865, this copy is the second issue of 1,000 copies, which contained an additional 18 poems entitled Sequel to Drum-Taps. The Sequel includes his most anthologised poem ‘O Captain! My Captain!’ 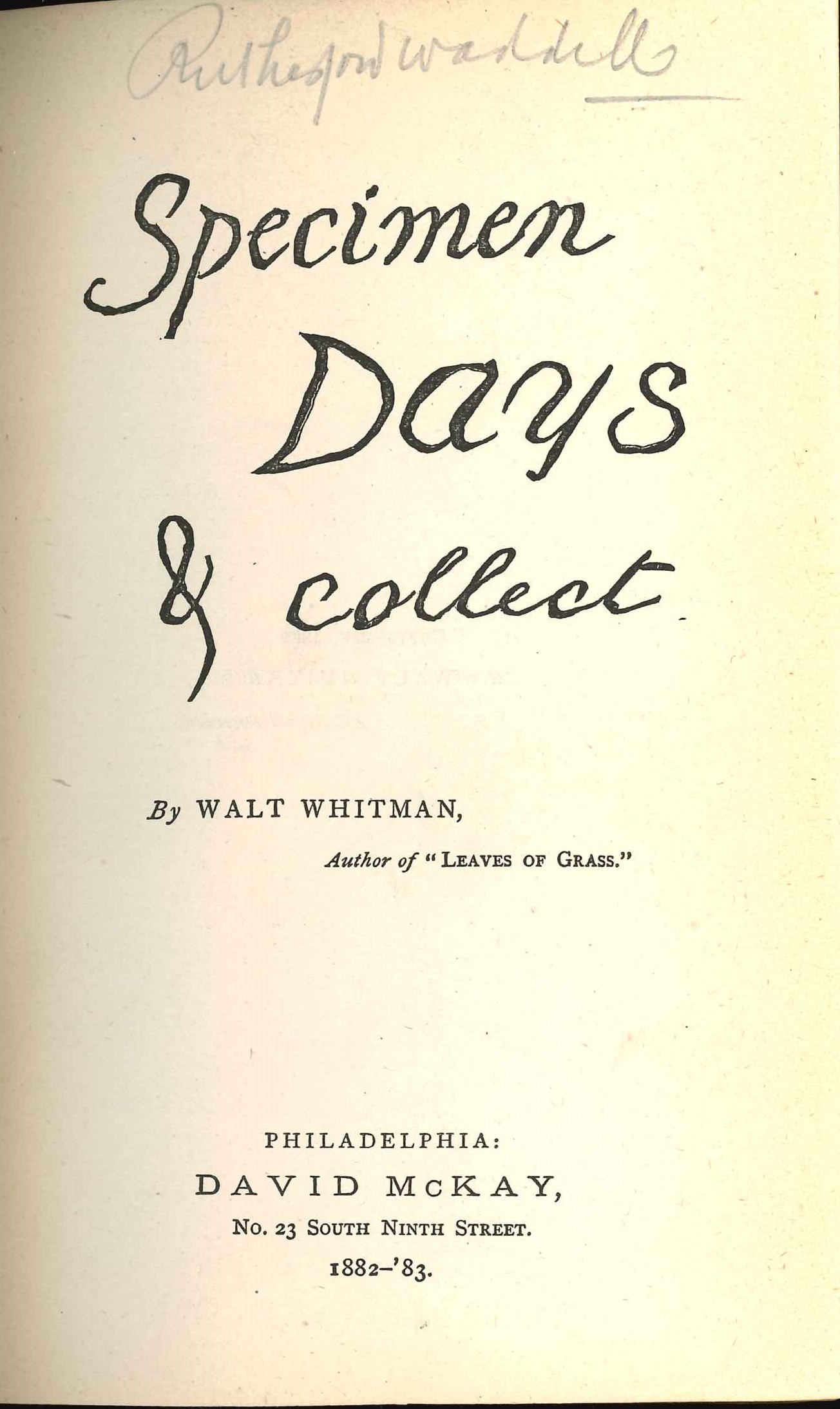 Specimen Days is a book of miscellaneous prose pieces composed in 1881 by Whitman largely out of notes, sketches and essays written during and after the Civil War. It contains Whitman’s most autobiographical writings and is considered a companion piece to Leaves of Grass.

‘Collect’ refers to the second section of the book, reprinting earlier material, including Democratic Vistas and his lecture on Abraham Lincoln.

The first printing of 1,000 copies sold out within a week. The Library’s copy is the first edition, second printing, of which 1172 copies were printed. The second printing sold slowly, necessitating an updated title-page in 1888. 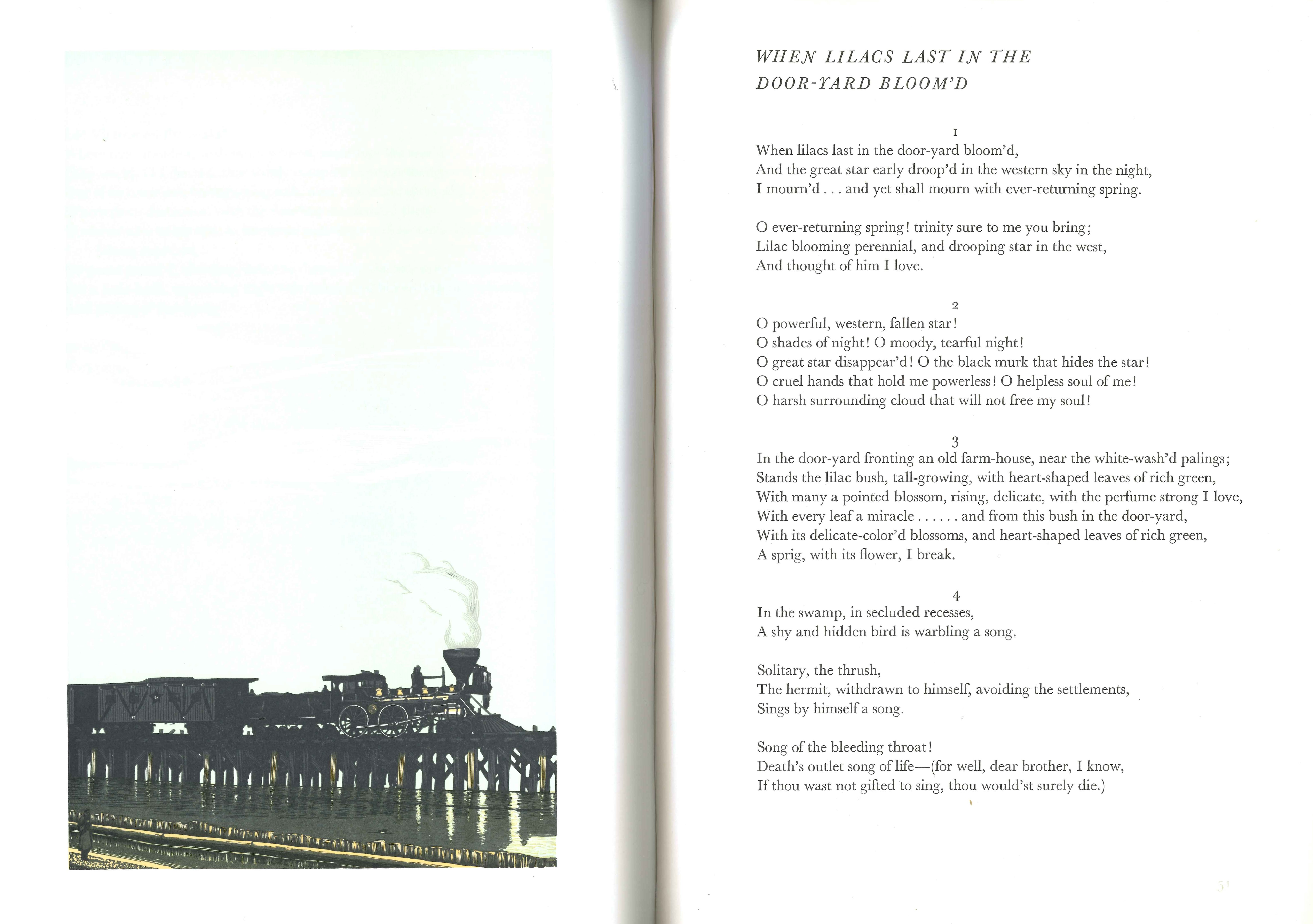 The book is open at one of Whitman’s greatest poems, the elegy ‘When Lilacs Last in the Door-Yard Bloom’d’, which first appeared in his Sequel to Drum-Taps (1865-66). Whitman’s Sequel was appended to Drum-Taps (1865) after the assassination of President Lincoln.