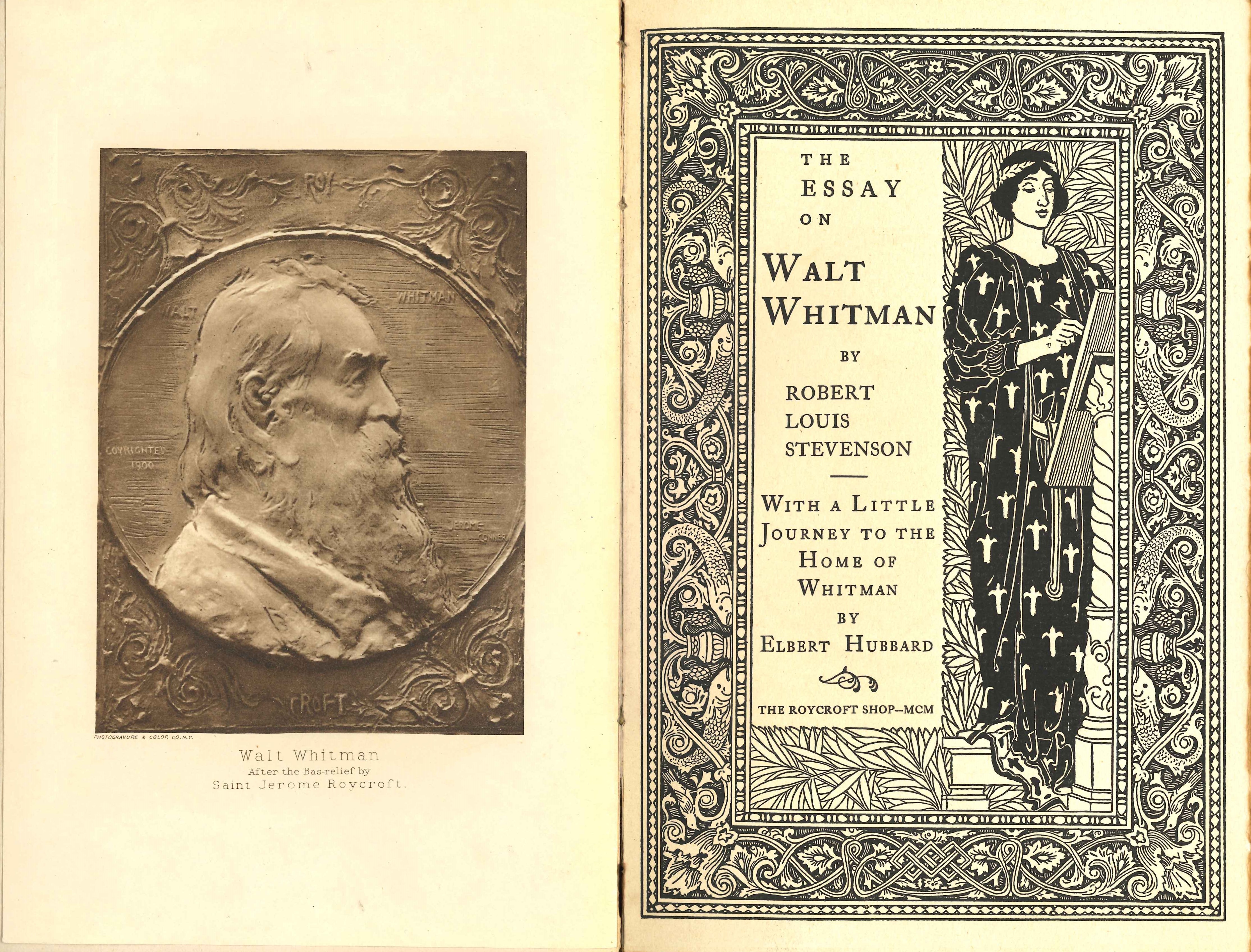 The Essay on Walt Whitman by Robert Louis Stevenson (1850-1894) was first published as ‘The Gospel According to Walt Whitman’ in New Quarterly Magazine in 1878. The displayed book contains a later version of the text, printed in 1900 by Elbert Hubbard in the Arts and Crafts tradition.

Stevenson became acquainted with Whitman’s Leaves of Grass as a student in Edinburgh, and was a life-long admirer of the poet.

The Library’s pirated third edition of Leaves of Grass (Case 1) contains a tipped in letter to W.H. Trimble from University of Otago Professor of Medicine Dr Daniel Colquhoun (1849-1935), claiming it was Stevenson’s own copy at Vailima. 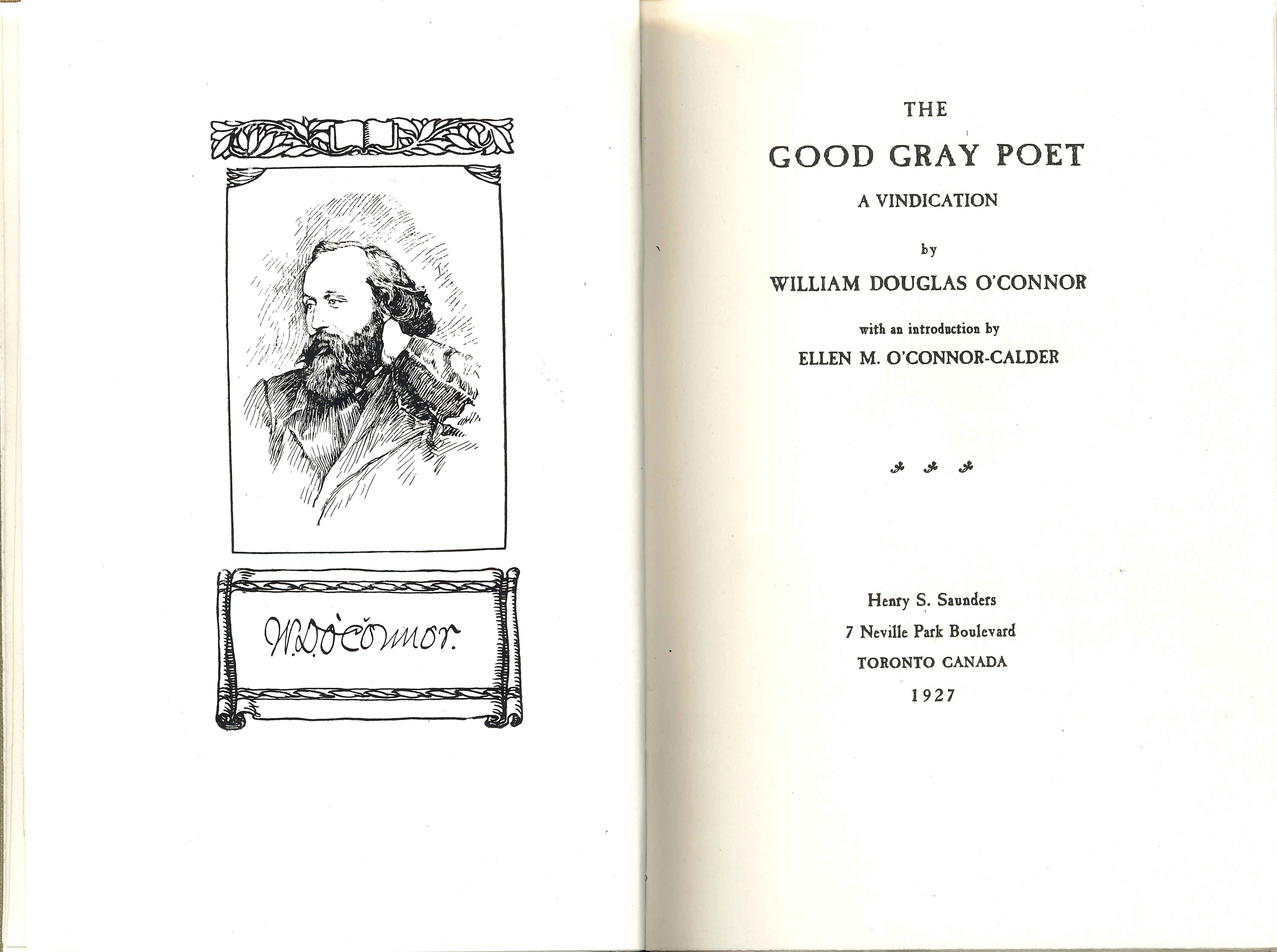 The sobriquet ‘The Good Gray Poet’ was first applied to Whitman in an 1866 book of this title by his friend, the journalist William O’Connor (1832-1889).

Whitman first met O’Connor in 1860 at the short-lived firm of Thayer and Eldridge which published the third edition of Leaves of Grass. They met again when Whitman travelled to Washington in late 1862 in search of his brother George, who had been wounded in the Battle of Fredericksburg. O’Connor quickly became Whitman’s friend and an ardent defender of his poetry.

The book on display is from an edition of 125 copies privately printed by the foremost Whitman collector, the Canadian Henry Scholey Saunders (1864-1951). Saunders sent this copy to Dorothy Stewart, donor of the Whitman Collection, in response to her letter advising him of the death of her father William Heywood Trimble in 1927. 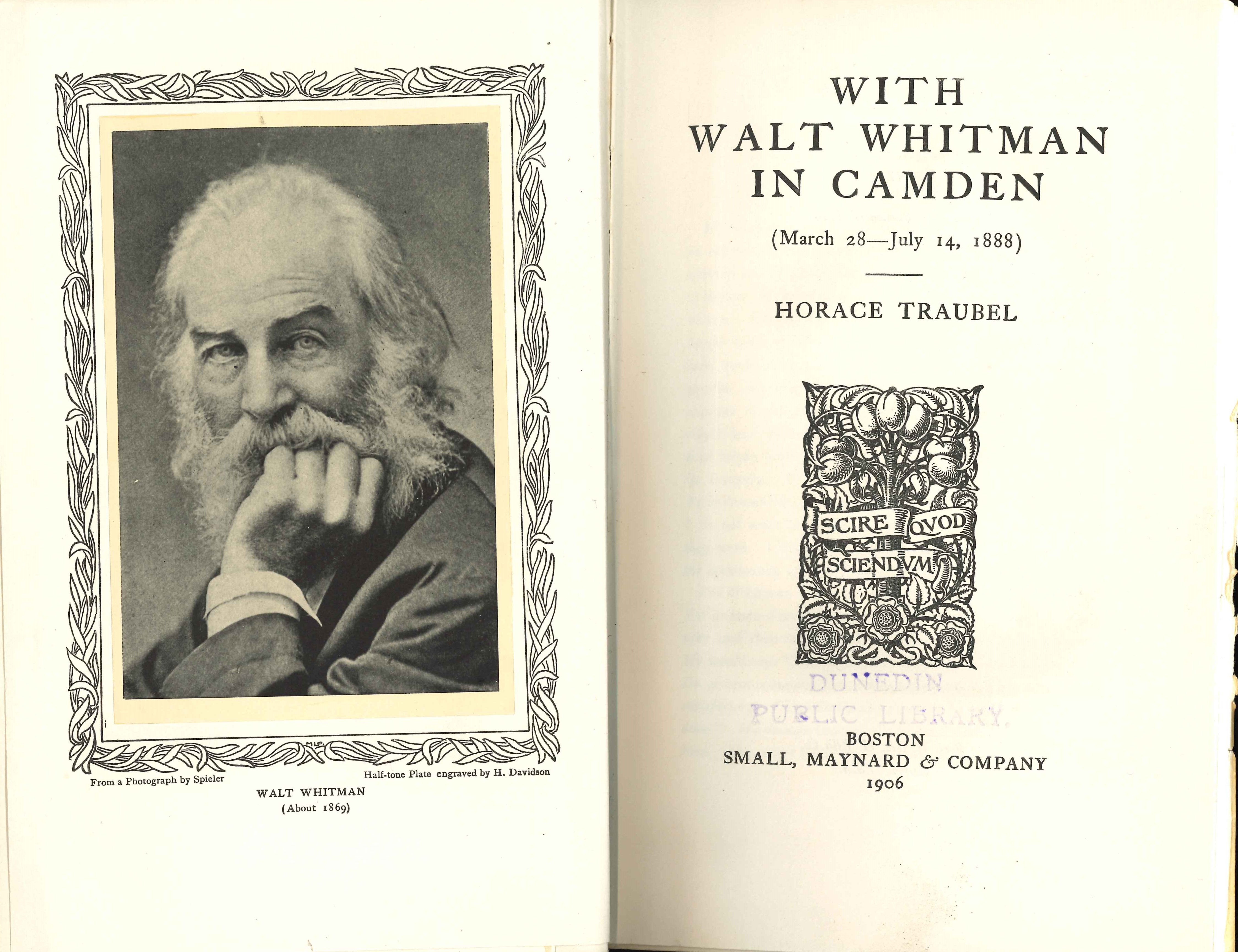 Horace Traubel (1858-1919) was a notable American poet and essayist, and publisher of the literary periodical The Conservator. He is best remembered however as the literary executor and biographer of his friend Whitman, with whom he transcribed and compiled nine volumes of daily conversations, entitled With Walt Whitman in Camden.

The recorded conversations occurred during Whitman’s last years, between 1888 and 1892. The first three volumes were published in Traubel’s lifetime, and the remaining six were published posthumously, the last appearing in 1996.