Case 3 - Editions of Leaves of Grass 3 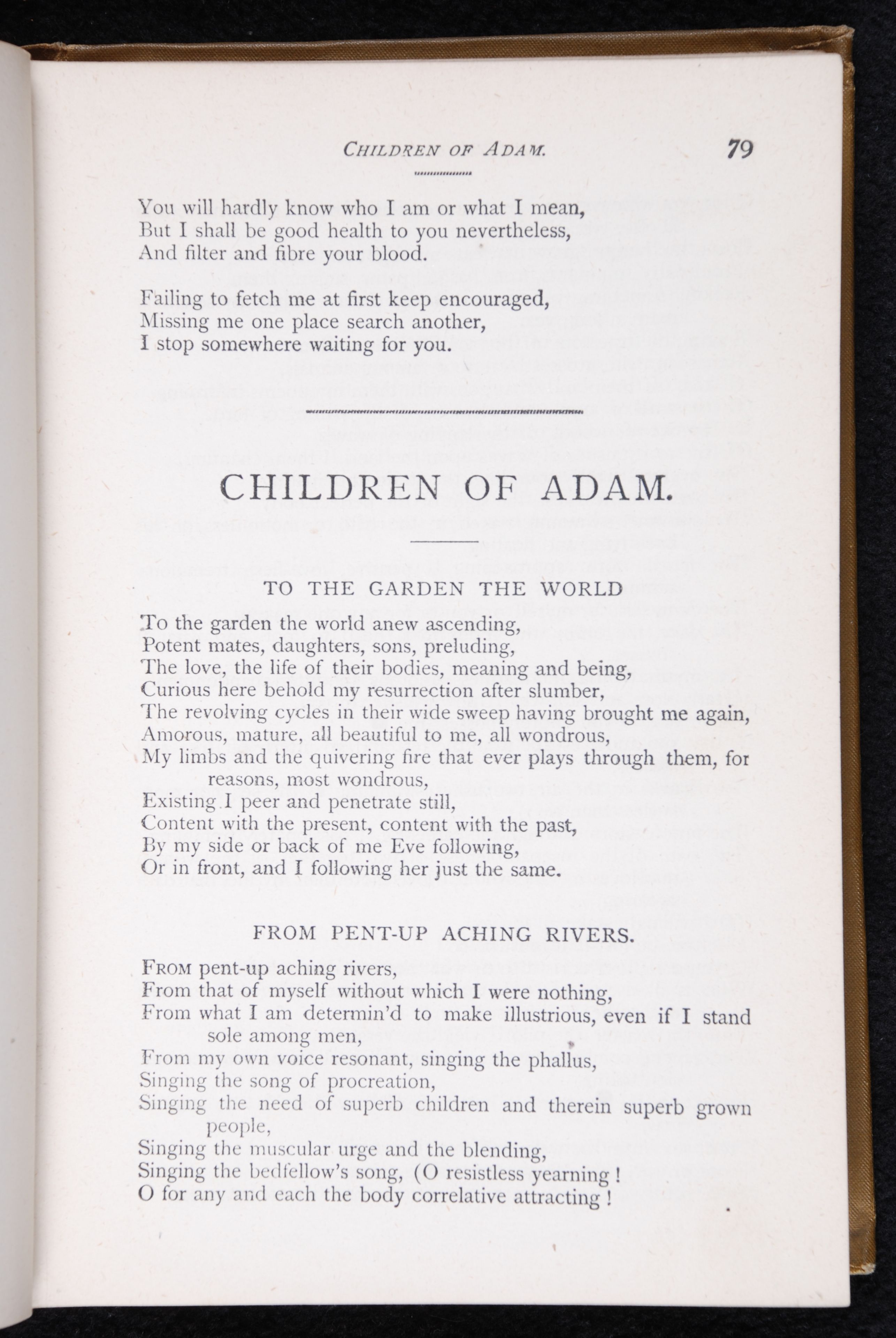 Following Whitman’s break with Osgood, the plates of the Osgood edition were acquired by Philadelphia firm Rees, Welsh, who published several printings, before the firm was bought out in November 1882 by David McKay. McKay reprinted the book with an 1882 title page, and remained Whitman’s publisher for the rest of the poet’s life.

Spurred by the publicity about the Osgood edition controversy, Philadelphia sales surpassed 6,000 copies, earning Whitman more than $1,000 in royalties by December 1882.

The displayed book is a ninth printing of the seventh edition. 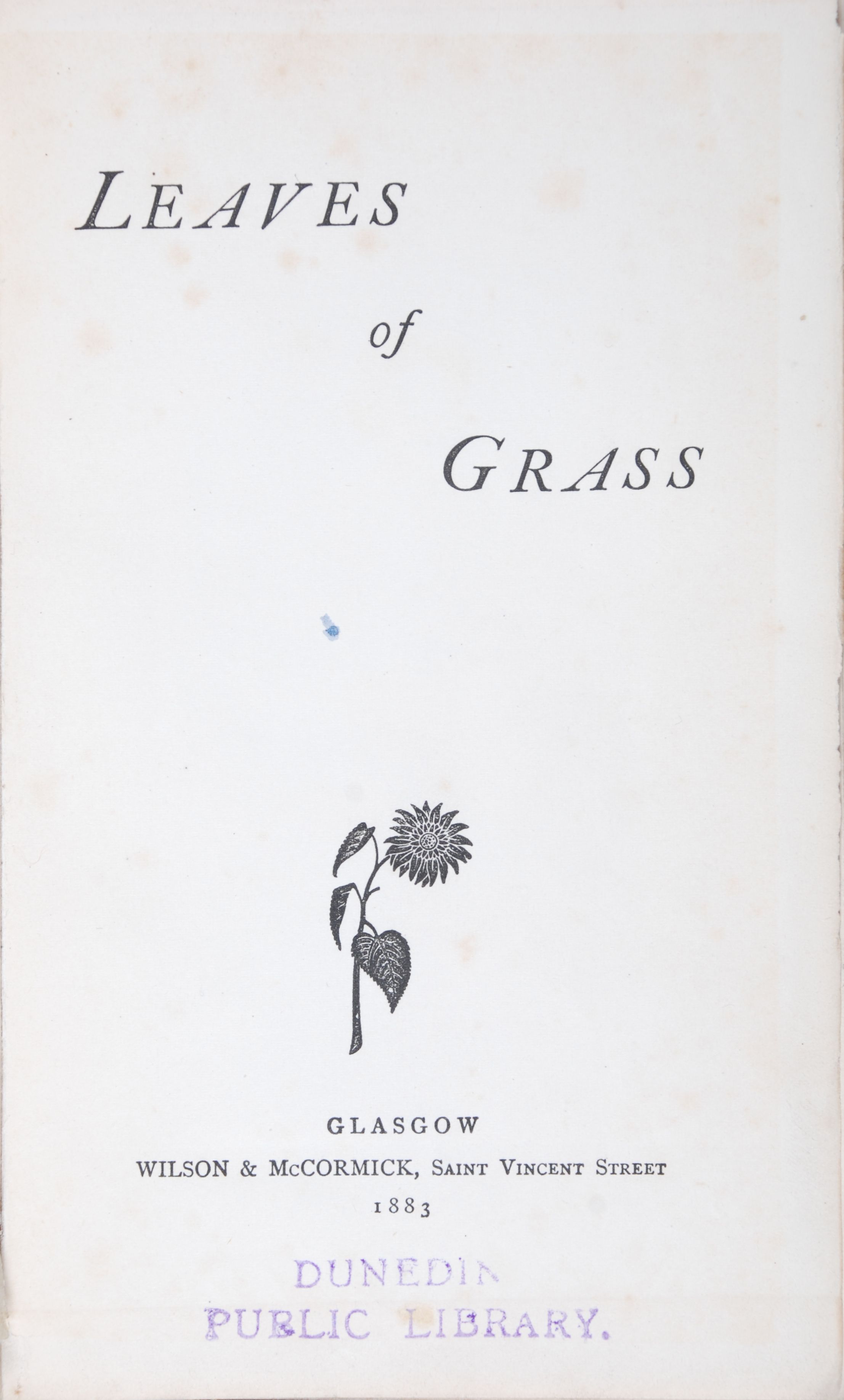 Hoping to capitalise on Whitman’s growing popularity abroad, David McKay sent sheets of his 1883 printing of Leaves of Grass to Glasgow for publishing by the firm Wilson & McCormick. 500 copies were printed, 100 of which were ‘for export’.

The displayed book is a seventh edition, tenth printing, second (Scottish) issue. Of this issue, there are two known states – this is the only recorded copy of the ‘Second State’. 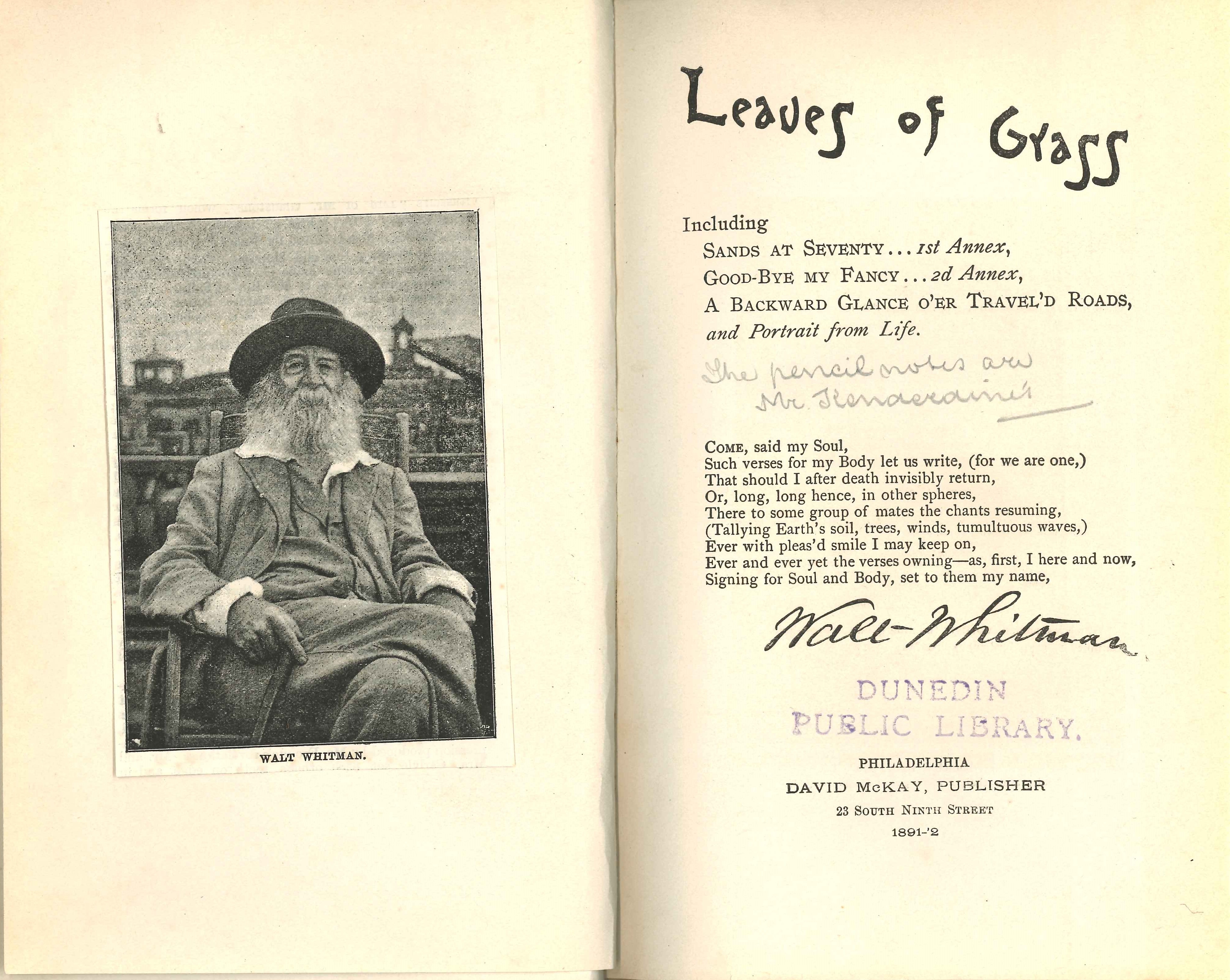 After several other reprints, Whitman’s final packaging of Leaves of Grass was known as the ‘Deathbed Edition’. Finished in December 1891, it was the last version that Whitman personally saw through the publication process.

The poems of November Boughs became, without revision, Sands at Seventy, the ‘1st Annex’ of this edition, which also reprinted A Backward Glance. In a Preface Note to Good-Bye My Fancy, Whitman ponders “Had I not better withhold (in this old age and paralysis of me) such little tags and fringe-dots (maybe specks, stains) as follow a long dusty journey”, but he had always followed the principle of putting everything on record, not “afraid of careless touches, … nor of parrot-like repetitions – nor platitudes or the commonplace.”