Case 1 - Editions of Leaves of Grass 1 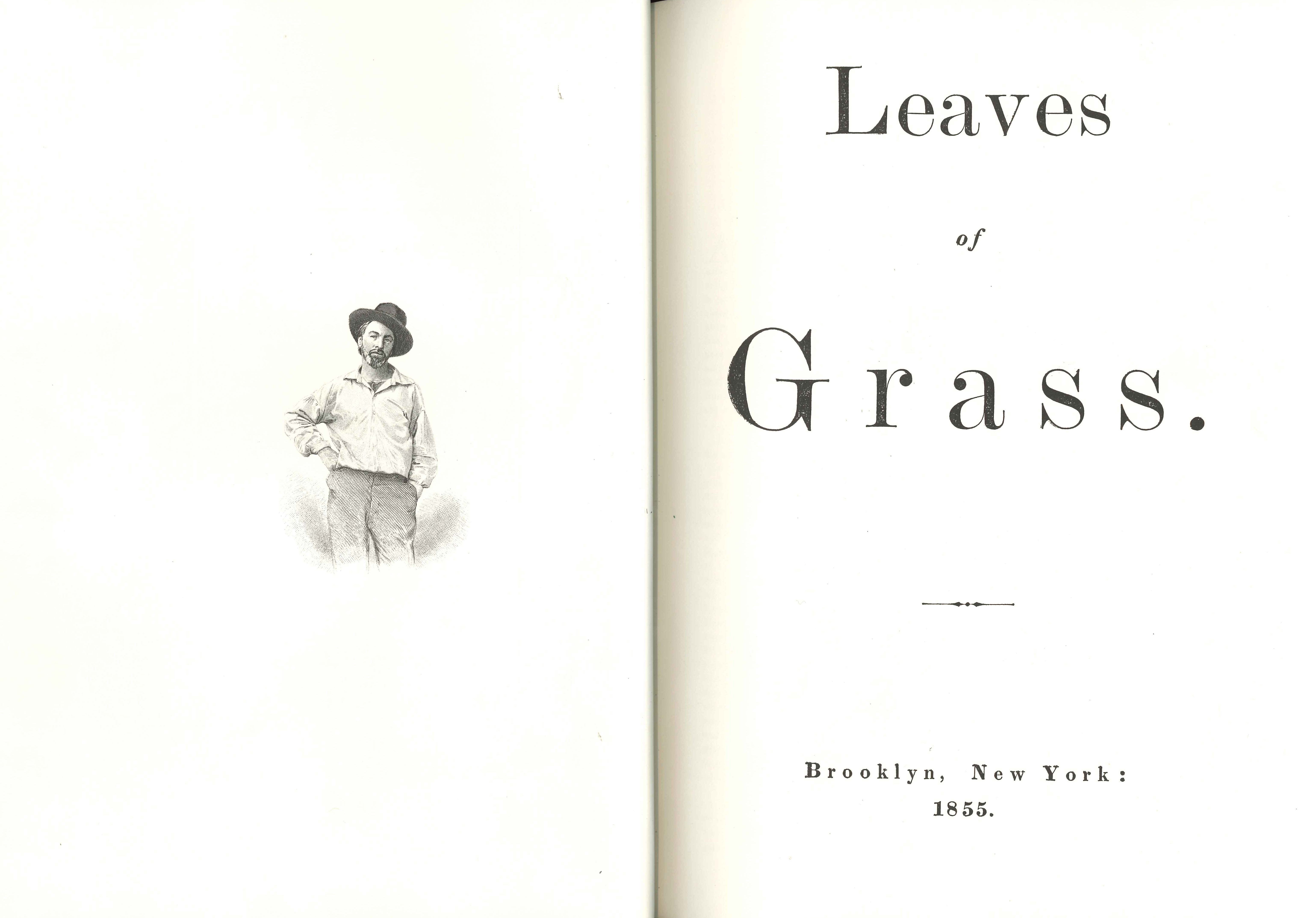 Walt Whitman is regarded as one of the greatest and most influential poets in American literary history, and Leaves of Grass is undoubtedly his masterpiece.

The first edition was published in 1855. About 800 copies of the 95-page quarto book were printed, and it contained twelve untitled, unrhymed poems, written in long, irregular lines. Whitman undertook the design and layout of the pages and even set a portion of the type himself.

Whitman subsequently spent four decades revising Leaves of Grass, which grew to a collection of almost 400 poems by the time of his death in 1892.

The displayed book is the 1966 Eakins facsimile. It is open at the start of the poem which in later editions is called ‘Song of Myself’. 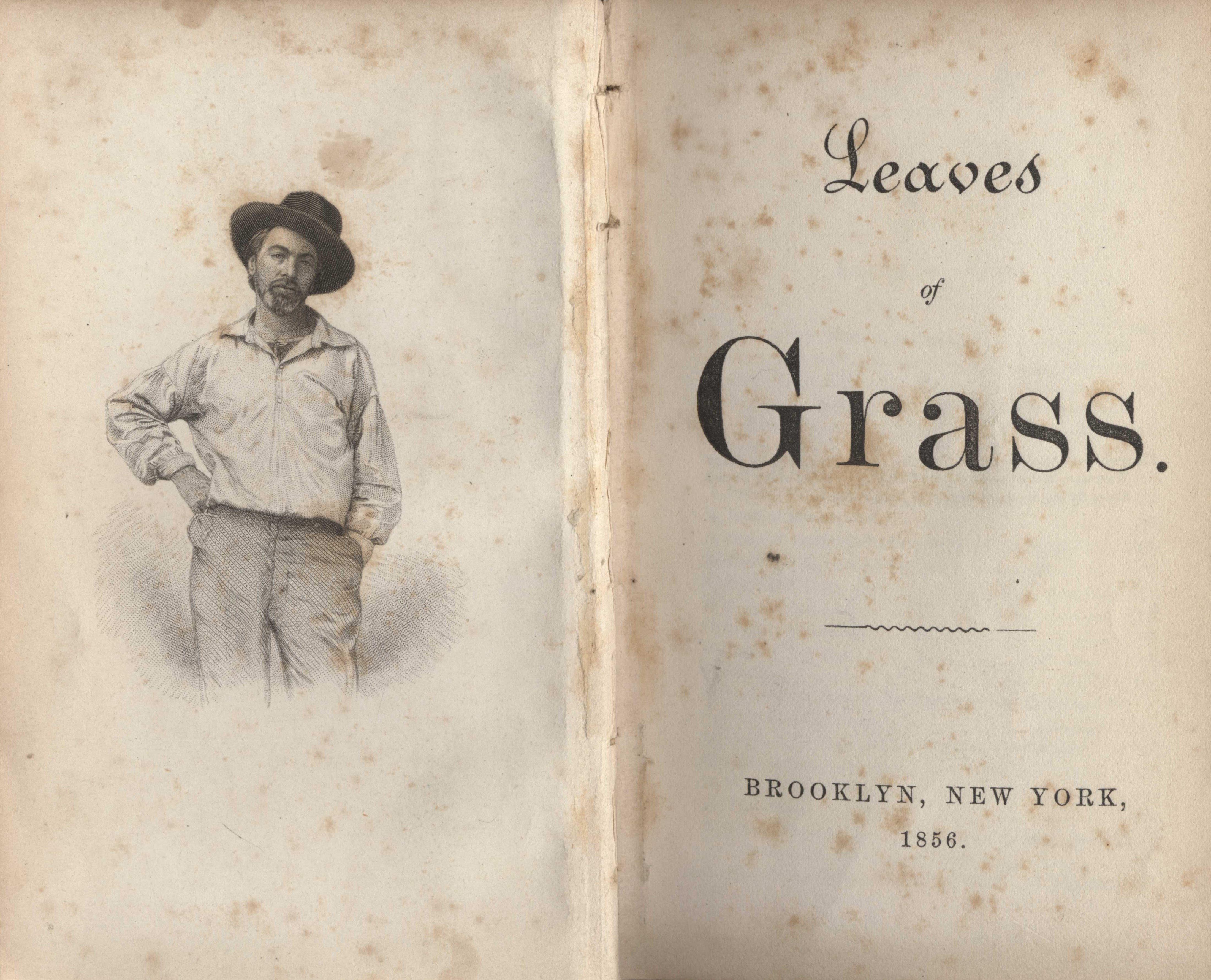 Whitman greatly expanded his second edition of Leaves of Grass from twelve poems to thirty-two, and added titles to each poem. Printed in a smaller format, it contained notable new poems including ‘Broad-Axe Poem’, ‘Sun-Down Poem’ (later ‘Crossing Brooklyn Ferry’), and ‘Poem of Many in One’. Approximately 1,000 copies were printed.

The poet Ralph Waldo Emerson (1803-1882) had written a letter of encouragement to Whitman after reading a review copy of the first edition. The base of the green cloth spine of the second edition features Emerson’s words “I greet you at the beginning of a great career” stamped in gilt. Whitman also reprinted Emerson’s entire letter near the end, without authorisation. 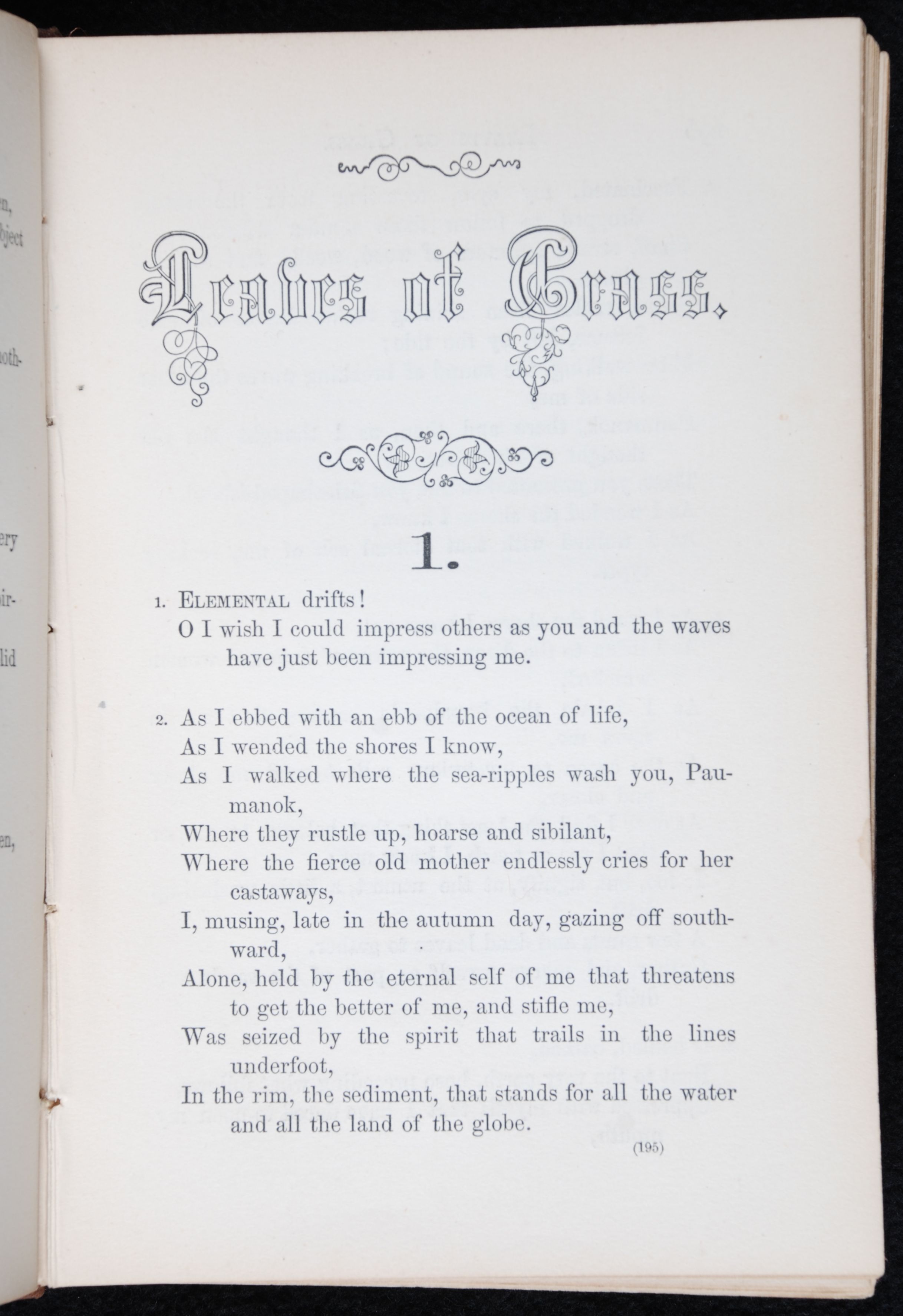 The third edition of Leaves of Grass was the first to be published commercially, by the firm Thayer and Eldridge of Boston. A New York publisher, Richard Worthington, bought the Thayer and Eldridge plates at auction and reprinted the work without Whitman’s permission. On display is a pirated copy - the third edition, third printing [Edition statements in this exhibition follow the practice of Joel Myerson’s Walt Whitman: A Bibliography (1993)].

The third edition of Leaves of Grass contains major new sections or ‘clusters’ of poems including ‘Enfans d’Adam’ (Children of Adam) and ‘Calamus’, celebrating heterosexual and homosexual love respectively.

This edition also marks the appearance of certain eminent Whitman poems including ‘A Word Out of the Sea’ (better known by its later title ‘Out of the Cradle Endlessly Rocking’) and ‘As I Ebb’d With the Ocean of Life’.