Case 2 - Editions of Leaves of Grass 2 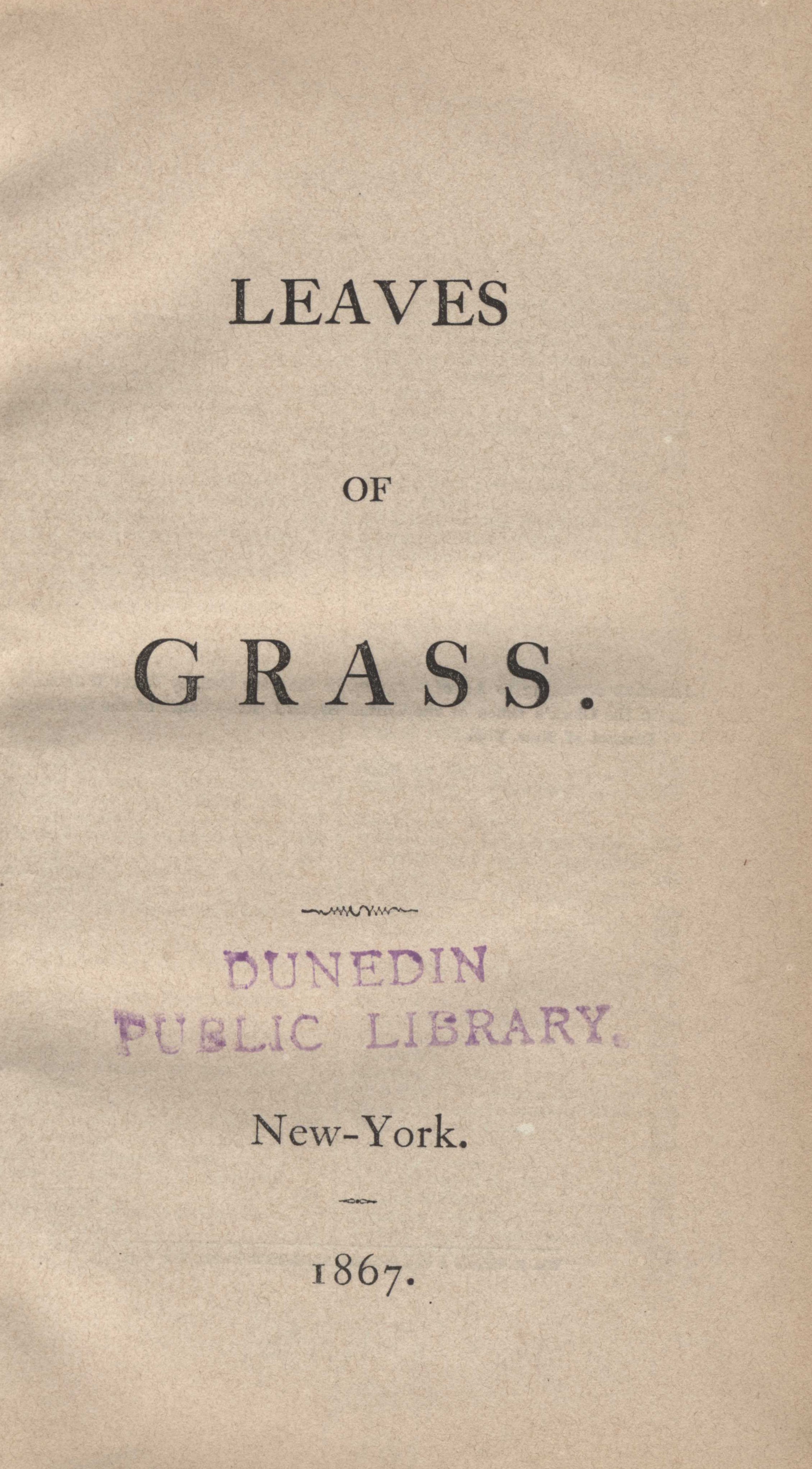 As well as adding new poems to each successive edition of Leaves of Grass, Whitman rewrote and rearranged many previously published sections. The displayed poem ‘I Sing the Body Electric’ is a well-known example.

The fourth edition of 1867 was the first to show Whitman’s process of adding to his text by accretion. Earlier editions had incorporated new poems into the text during typesetting; but now Whitman physically added sheets from other works to the book.

The book on display is the first issue of the fourth edition, comprising the reset text of Leaves with three appendices: the remaining sheets from the separately published Drum-Taps and its Sequel; and the newly set ‘Songs Before Parting’. About 100 copies of the first issue were printed. 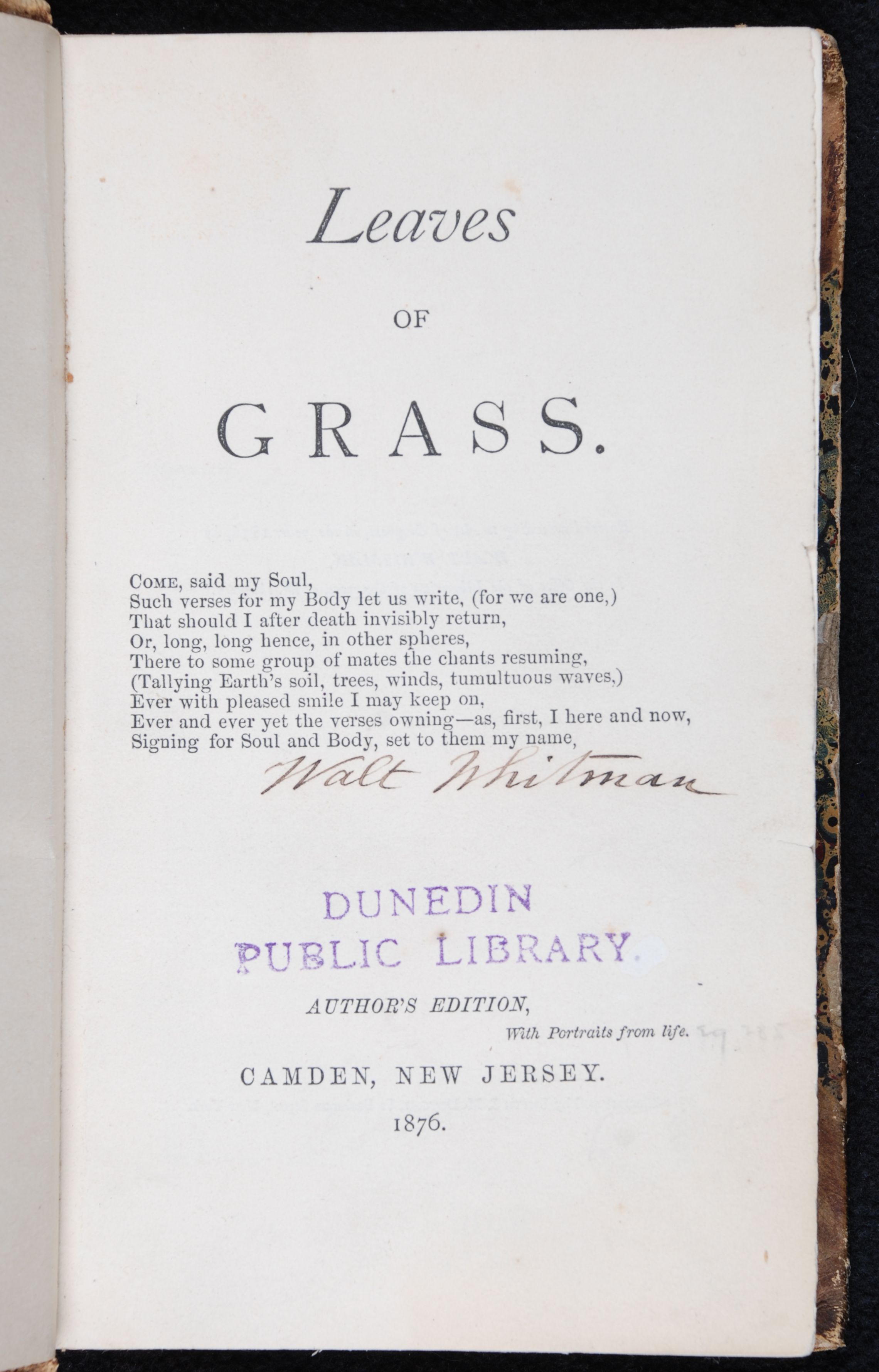 Whitman planned a further revision of Leaves of Grass as early as 1868, but the fifth edition did not appear until 1871. This edition has a complicated publishing history, entailing several rearrangements of the text.

The Library’s copy is the fifth edition, third printing, second American issue, which was limited to 600 copies. 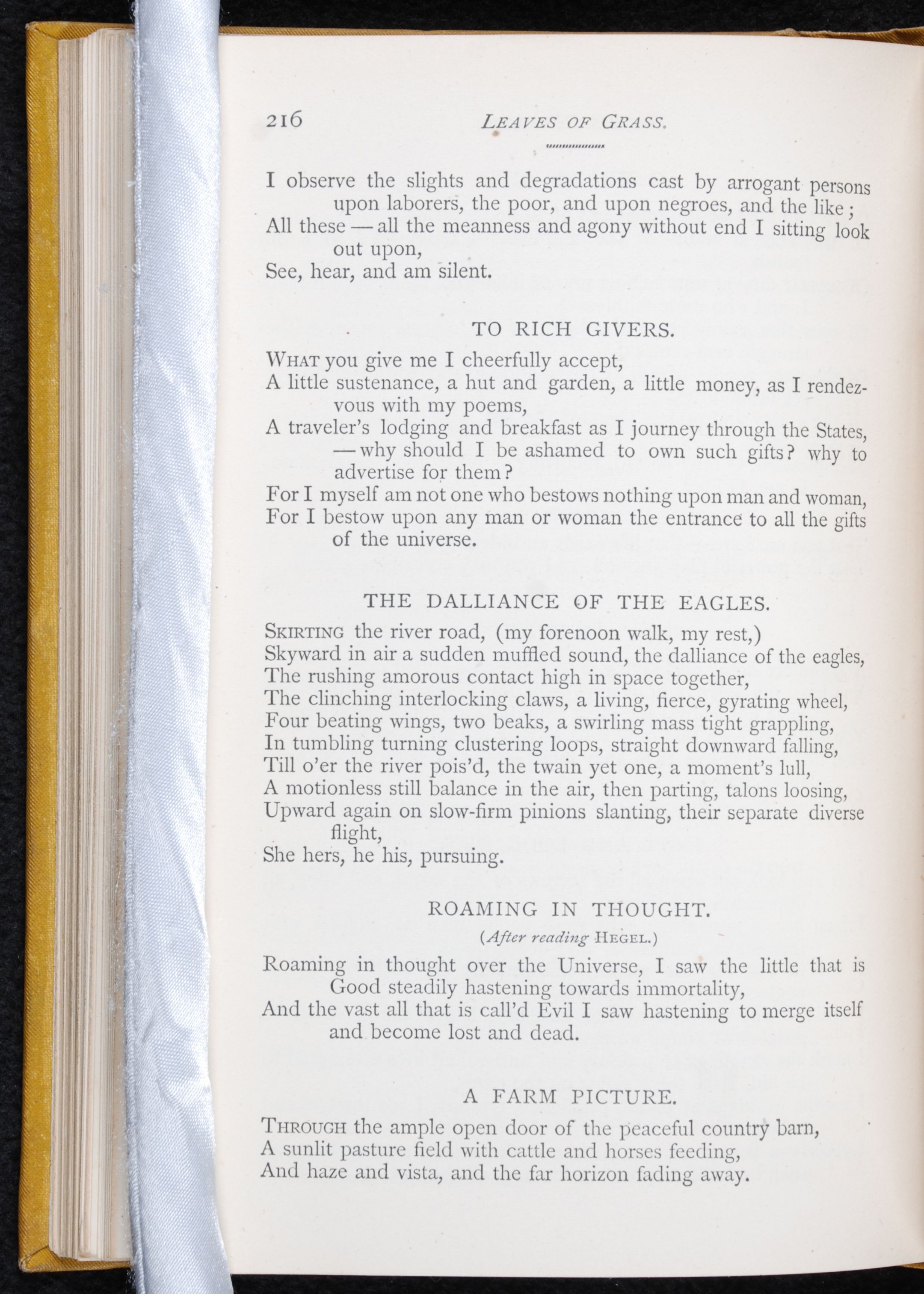 For the seventh edition (alternatively known as the sixth American edition) of Leaves of Grass, Whitman returned to a commercial publisher, James R. Osgood of Boston. However, after three printings, Massachusetts District Attorney Oliver Stevens ruled that the publication violated the statutes of ‘obscene literature’ and ordered 22 excisions. Whitman refused, and Osgood withdrew the book from publication. Whitman sold the remaining copies from his home in Camden.

1010 copies of this seventh edition were originally printed. The book is open at one of the offending poems, ‘Dalliance of the Eagles’.