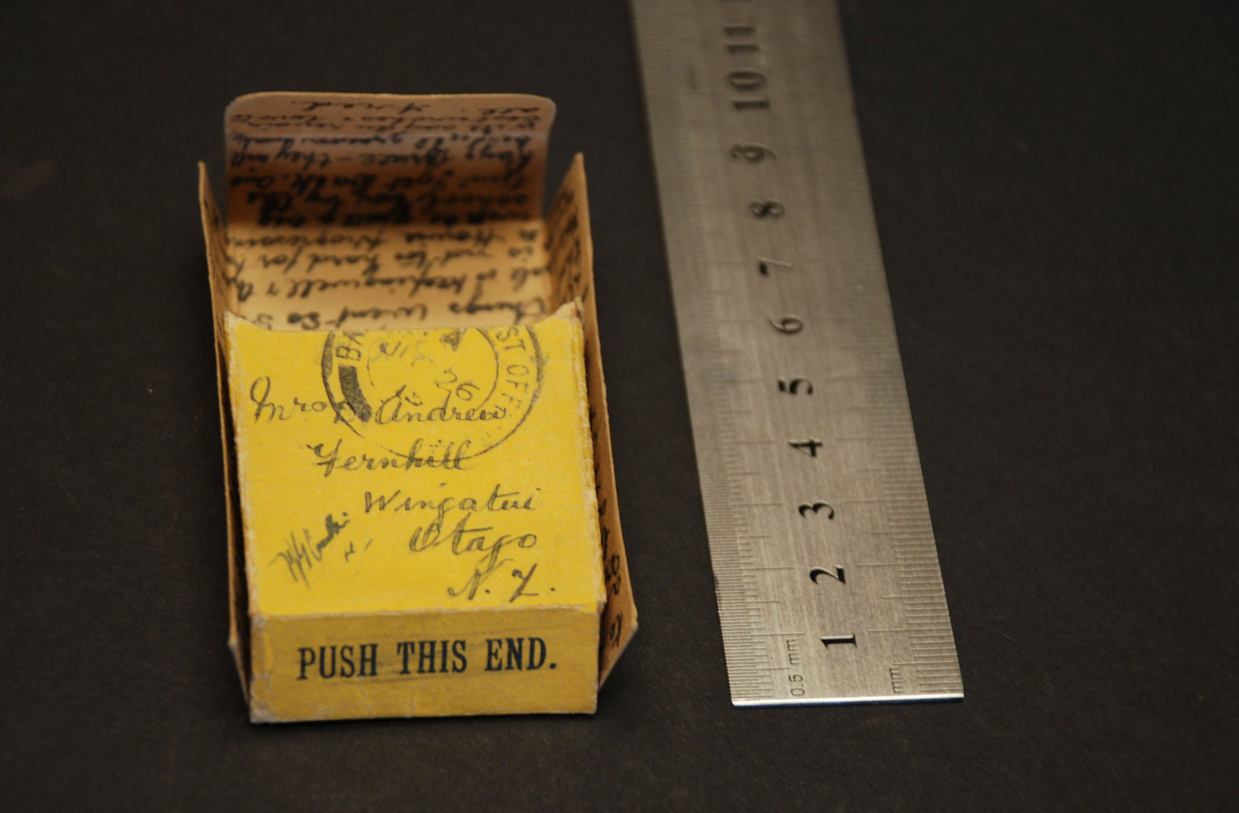 Mrs David (Annie Livingstone) Andrew received this unusual letter from Fred in 1915. It was written on a cigarette package, and Fred intended to enclose some local seashells. But the box was flat before it was stamped thoroughly on both sides.

The box was posted less than two months after the landings at Gallipoli. Markings show that it originated from base Post Office Y, at Gallipoli.  In Egypt, N. Z. Advanced Base Post Office was set up in Alexandria to handle mails between the Gallipoli and New Zealand. “Scraps of packets and card were used until field service postcards … and writing paper became available.”*

By 21 May 1915, a ship left daily with people and mail for Mudros, on Lemnos Island. Along with those fighting in terrible conditions at ANZAC Cove, the postal workers had to work and sleep in the same dugout. Most of them became sick under these conditions.

Fred writes he has been resting from wounds or sickness, and expecting to return to battle soon. He mentions family members and events; sadly, it has not been possible to verify his identity.