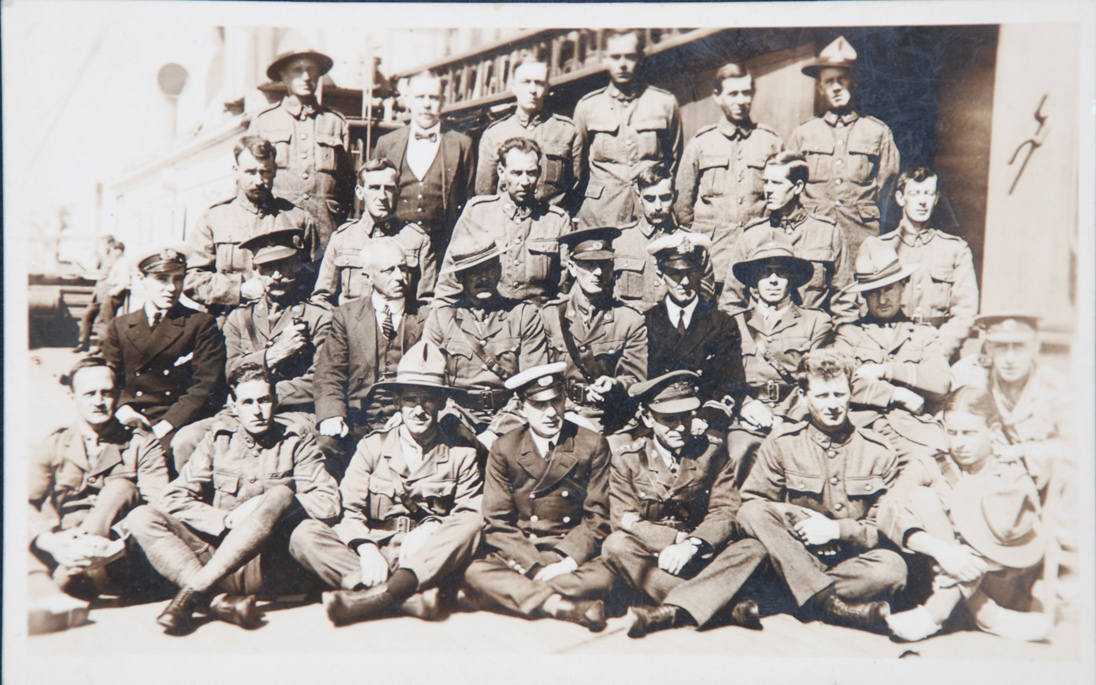 A souvenir of a Masonic gathering on board the returning Remuera bought soldiers and sailors together in unusual conditions. 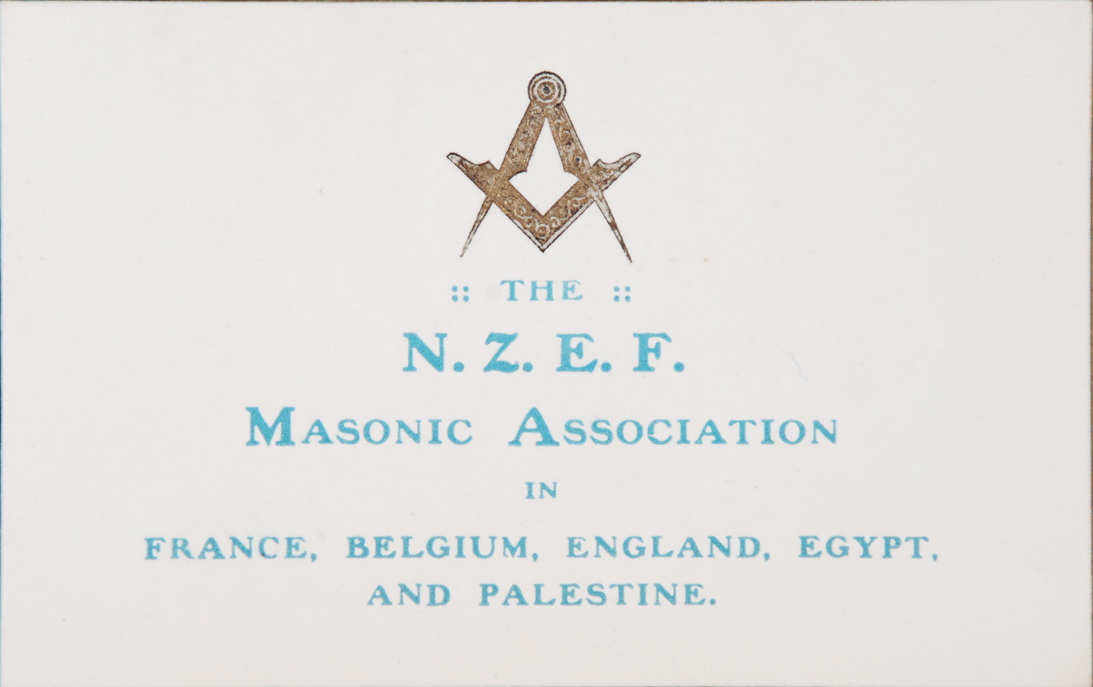 Formed in January 1917, The New Zealand Expeditionary Force Masonic Association had a roll of 300 members by the middle of that year.

The Association had representatives in eight places in England, notably Brokenhurst, Walton and Codford Hospitals and in London. Under the principals of the Masons organisations, this association could offer welfare and help of all kinds to a serviceman and financial help to his family, should he not return home. 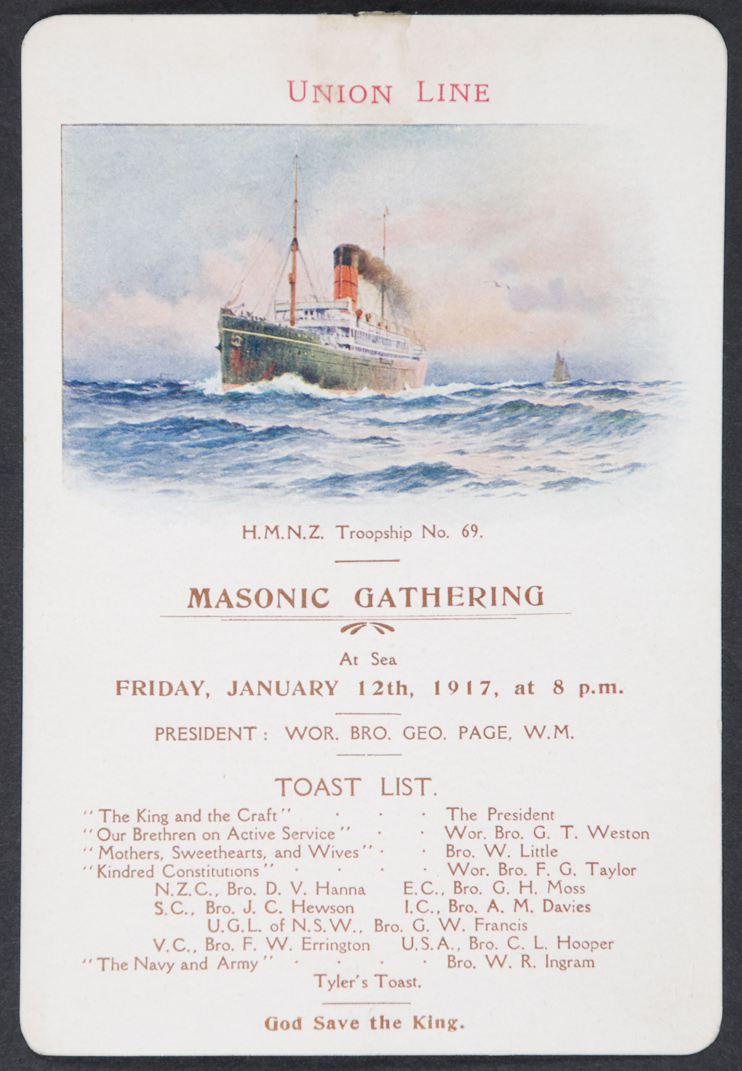 According to recent on-line postings, the New Zealand Expeditionary Force Masonic Association is still in operation. 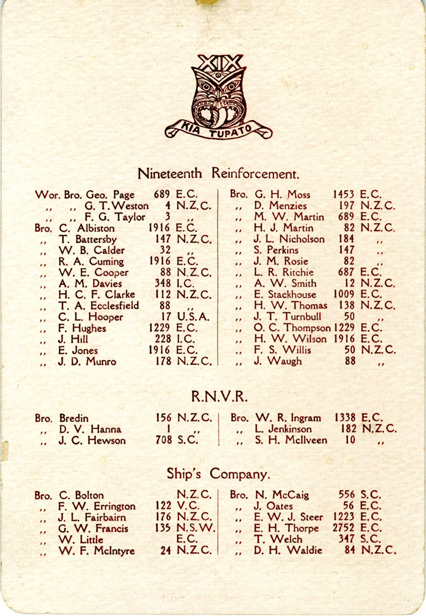 Tahiti sailed via Cape of Good Hope arriving in in Britain shortly after this gathering. The back of the programme features a list of attendees.