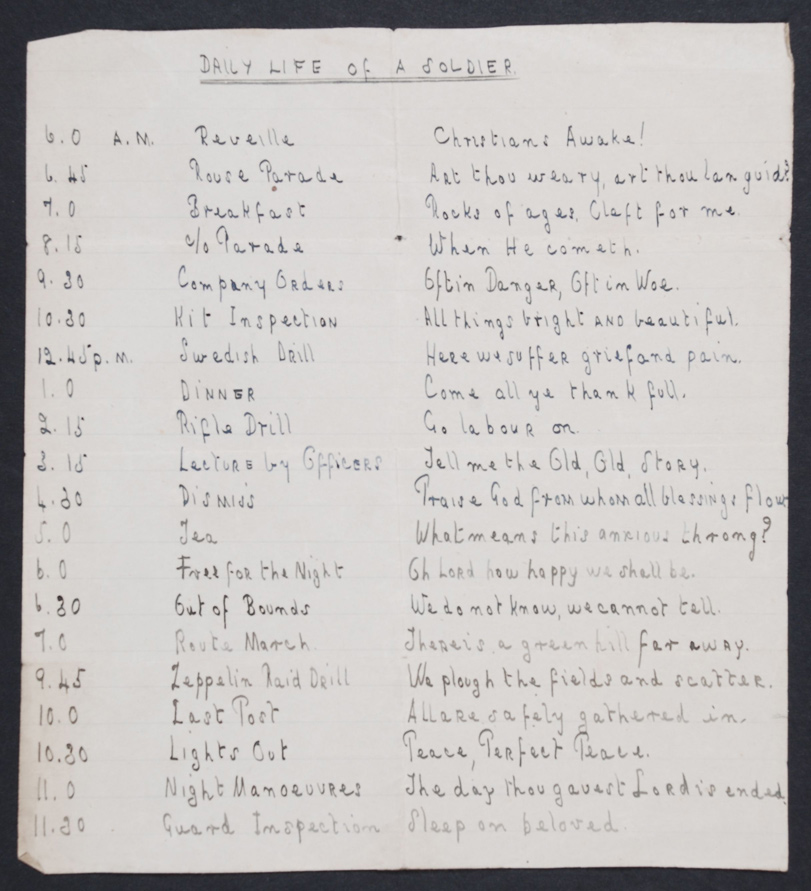 Daily Life of a Soldier [n.d.]

Daily Life of a Soldier is a handwritten list of soldiers’ duties set to Christian hymns. Other items such as this are found within the Troop Ship Magazines Collection. Here is a humorous way to occupy a soldier, by someone with a religious turn of mind. 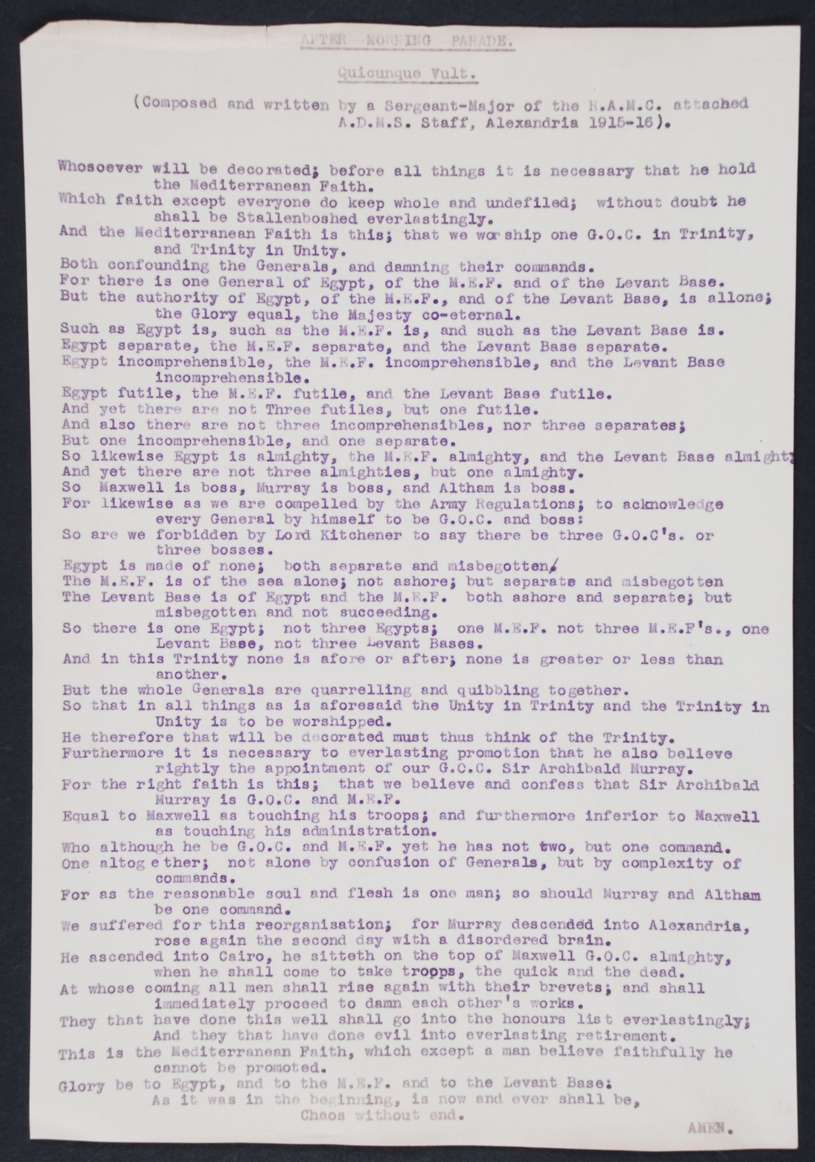 Quicunque Vult may also have been offered to one of our troop publications, although it was a bit too subversive to be published. This is a spoof of the Athanasian Creed, a statement of faith used in Christian worship since the 6th Century. Instead of the Holy Trinity, our anonymous wag has introduced the “Three Incomprehensibles”. 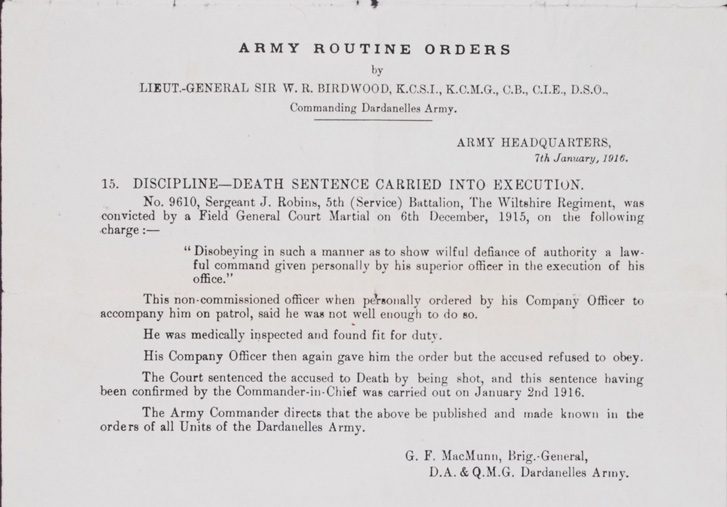