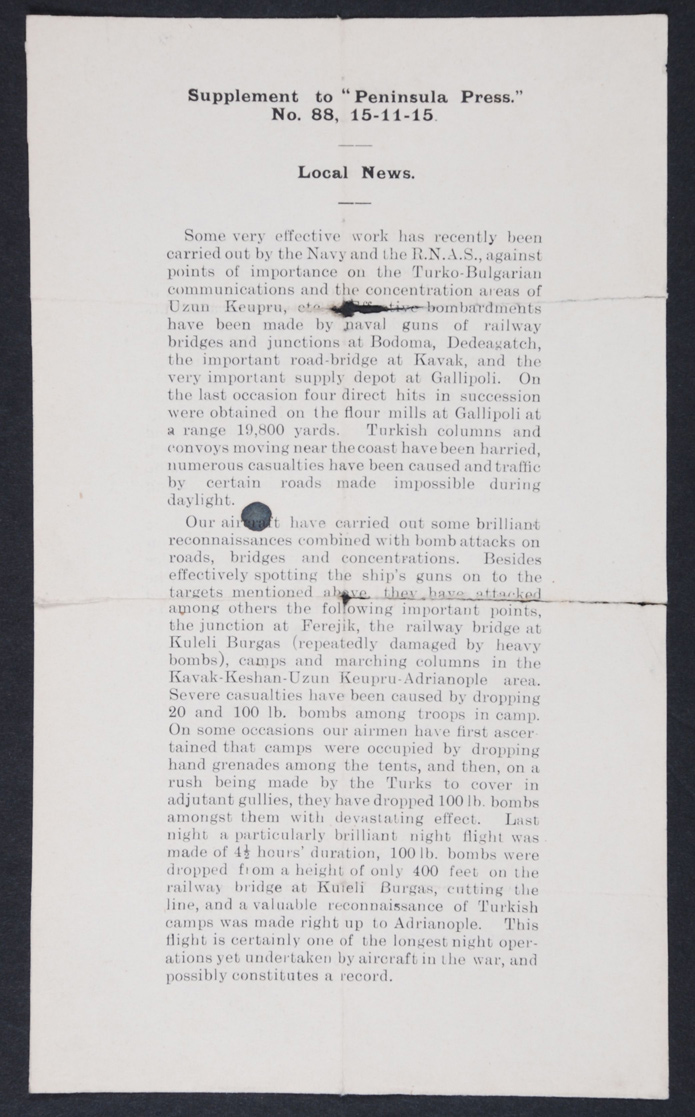 Historians still argue about the Allied invasion of Turkey at Gallipoli and how the campaign started as perhaps a sideshow to events being enacted in Europe. In private, many questioned the staggering and seemingly pointless losses of life and limb. Perhaps in withdrawal and defeat, New Zealanders learned important lessons about themselves and their place in the world.

Peninsula Press was an official publication, which began on May 10, 1915 and ran for 95 issues. This library has one of the most complete collections, bound together in our Troop Ship Magazines Collection. This supplement includes information about aerial night bombing of Turkish camps and supply lines. Its final issue contained a report on the evacuation of Suvla Bay and Anzac Cove. 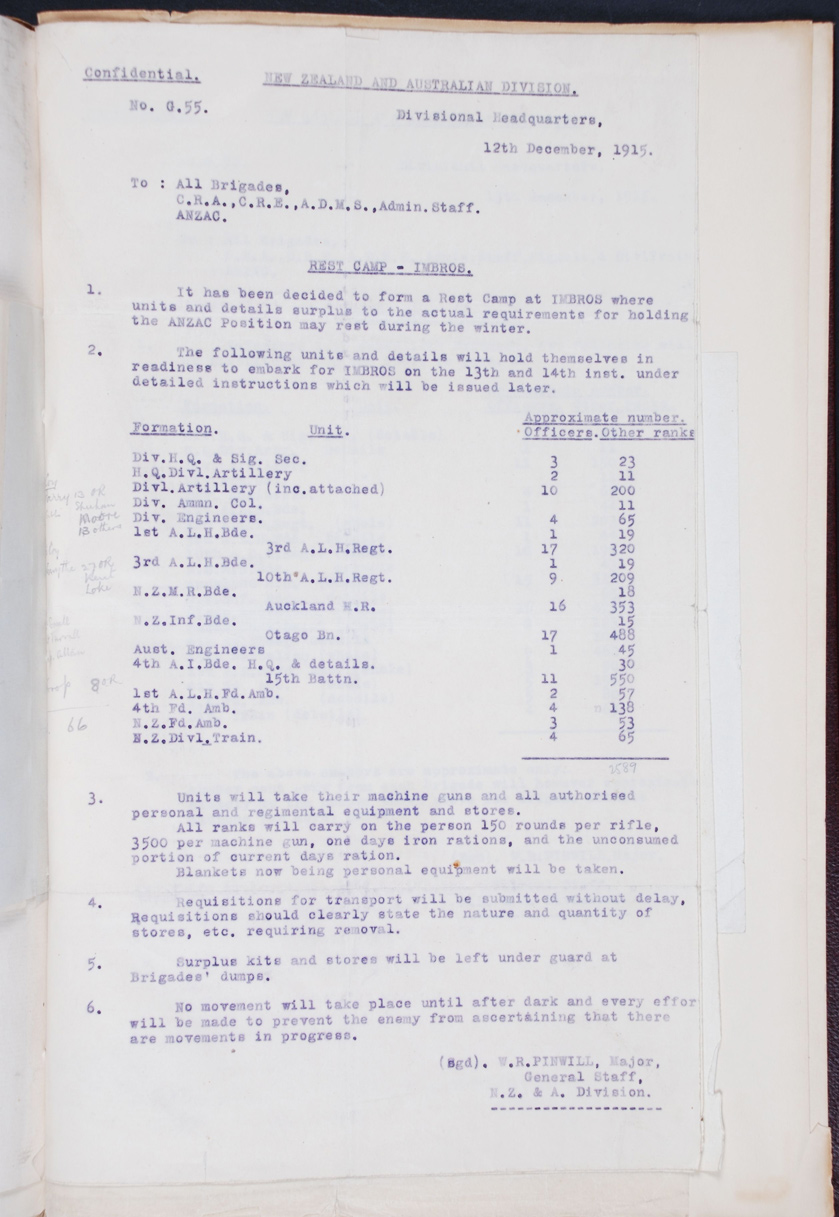 A parcel of unsigned military orders was donated by Otago Military Headquarters. The library bound them together in date order. This order demonstrates how the early part of the ANZAC withdrawal was to be organised, disguised as a routine rest camp rotation. 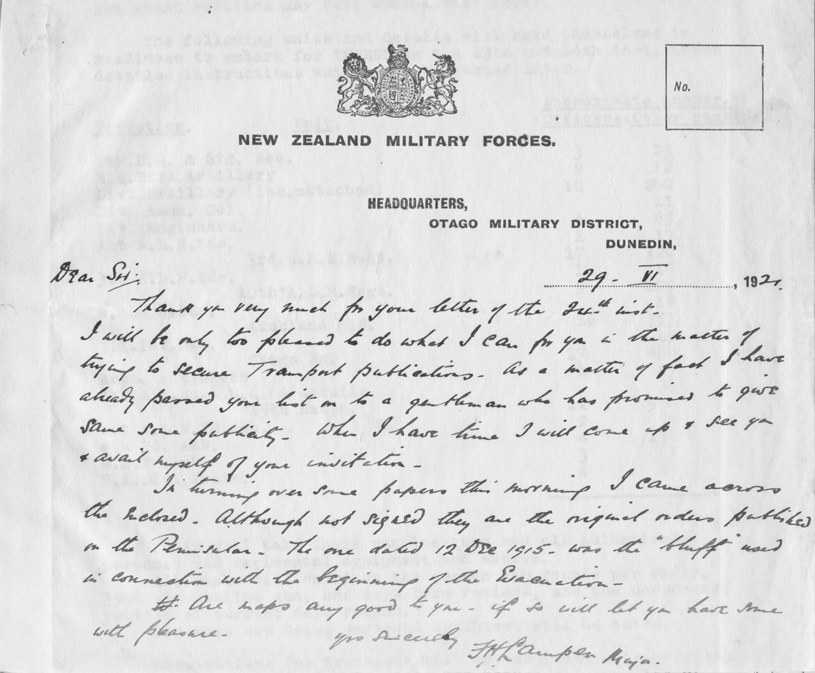 When W. B. McEwan asked Otago Military Headquarters for donations of “transport publications”, Major Lampen wrote back with a promise of help.