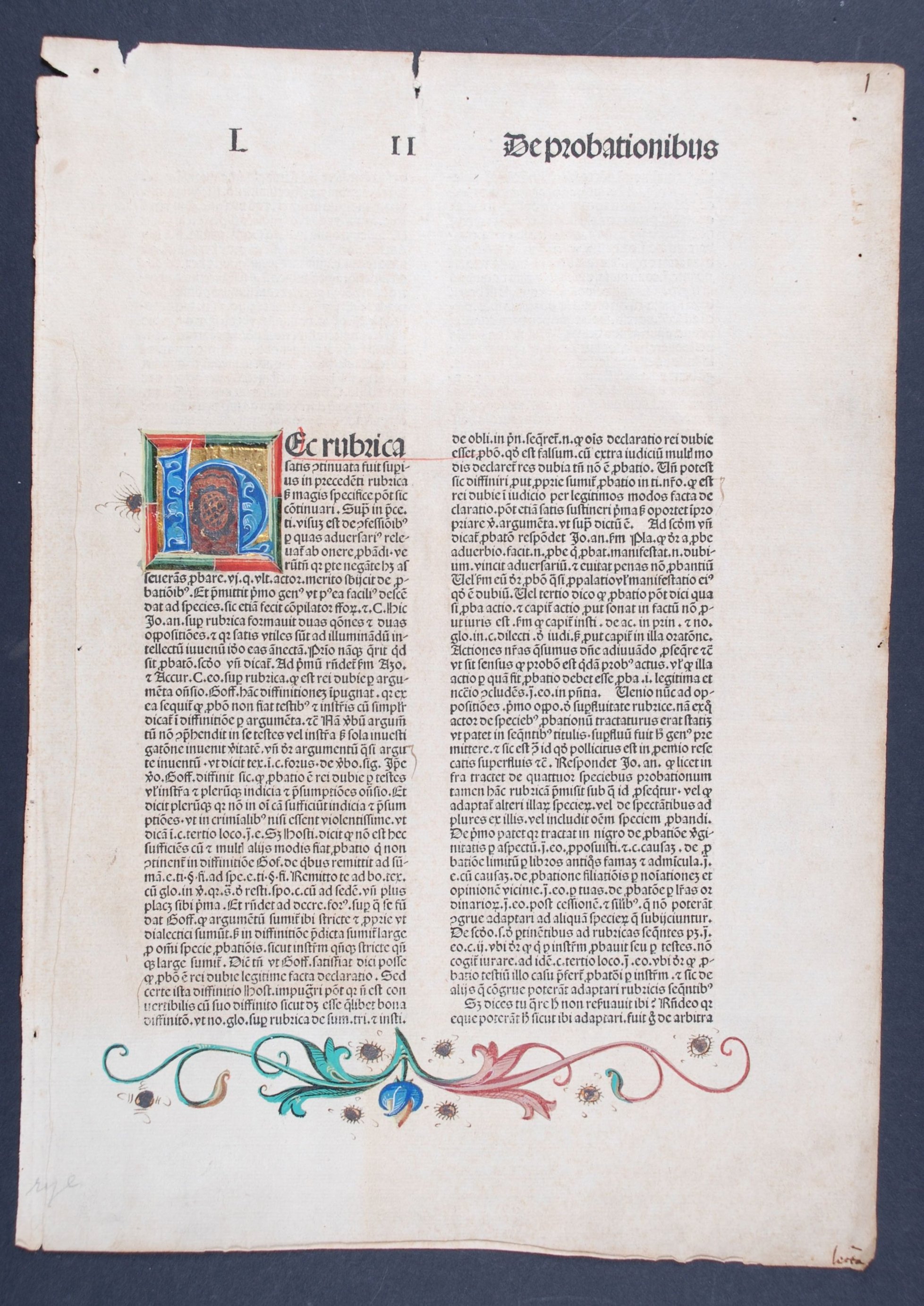 The Reed Collection includes a good representative collection of incunabula – books printed in Europe before 1501. Today there are seven bound volumes and more than ninety leaves and fragments from Belgium, England, France, Germany, Italy and Switzerland. These items were acquired through donations by Reed, subsequent purchases by the Library, and later donations.

Reed’s original gift of 1948 included a small number of individual leaves, two of which are displayed in this case. The Lectura of Archbishop Nicholas de Tudeschis (Bishop of Palermo 1386-1445) is a five-volume commentary on the Decretals of Gregory IX. The text is from the second book, the section De probationibus (Concerning Evidence).

The printer is Johann Amerbach (ca. 1444-1513), one of Basel’s most productive and skilled early printers. He is known for being the first Basel printer to use a Roman font and for his ambitious printing of the complete works of St Augustine in five volumes. 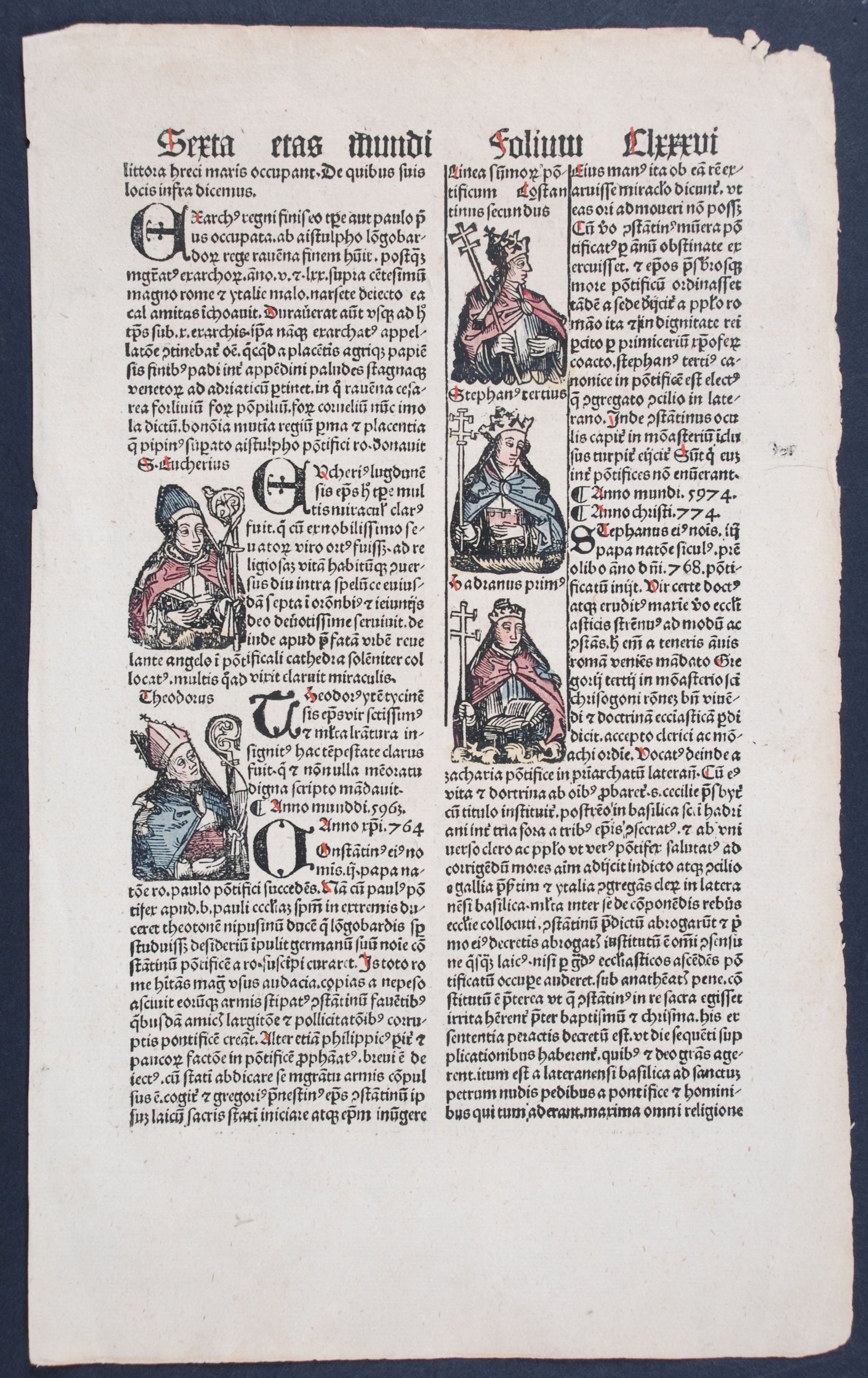 This leaf is from the Augsberg edition of Liber chronicarum – a pirated abridgement of the original Nuremberg printing of 1493. The text is from the Sixth Age and includes the Lives of the Popes.

Popularly known as the Nuremberg Chronicle, after the place of its first printing in 1493, this book is an illustrated world history as told in the Bible.

The printer is Johann Schonsperger, who produced nearly 200 titles including a number of reprints (such as this edition) and continued printing into the 16th century.