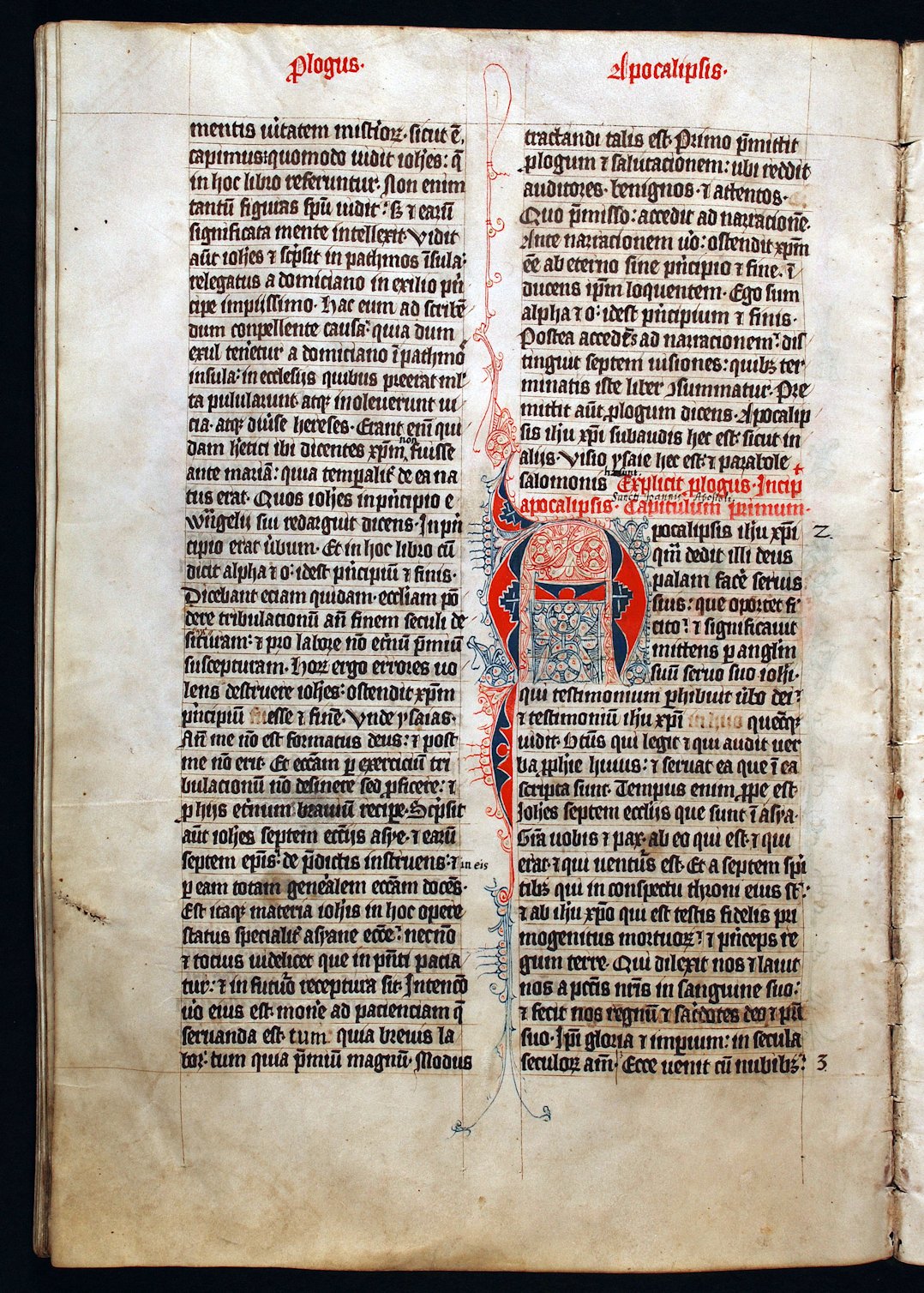 Reed’s original gift of 1948 included five manuscript items, of which two were vellum medieval manuscripts. He recalls in his Autobiography that “about 1925 I bought a 14th century folio manuscript of a portion of the Gospels and Epistles for £15 – a fraction of its present-day value.”

Originally of 139 leaves, Reed divided the manuscript into various sections and distributed them widely to theological and educational institutions. The portion of this lectern Bible given to Dunedin Public Library is known as Reed MS4a. In 2007, it was identified by Christopher de Hamel as once belonging to the Cistercian Abbey of Byszewo (or Koronowo) near Gdansk – the first manuscript of Polish origin to be identified in New Zealand. 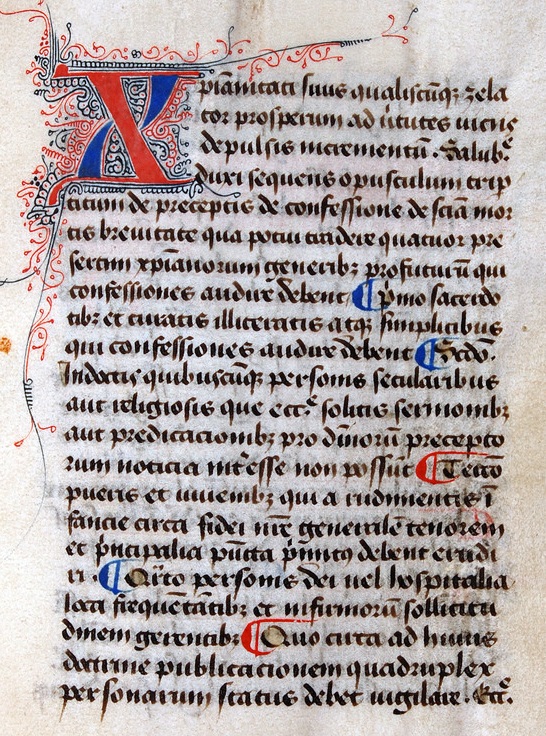 Purchased from the London dealer R.A. Atkinson in 1919, this manuscript of 146 leaves was Reed’s first medieval manuscript. Known as Reed MS7, it comprises six texts on spiritual meditation and on the virtues and vices.