Case 4 - Annunciation to the Shepards and the Flight in Egypt 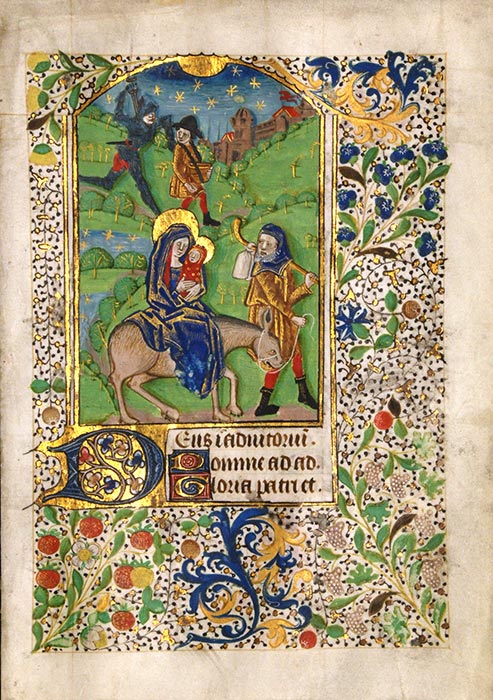 This scene of figures gazing upwards at an angel is the Annunciation to the Shepherds. It represents the scriptural event of the announcement of the birth of Jesus Christ by the Archangel Gabriel to the common people and indicates that salvation was for all humanity.

The shepherds are identified not only by their garb (and the fact that they are amongst a flock of sheep) but also by their bagpipes and crooks, or shepherd’s staves. The crook was employed by the Church as an insignia worn by bishops to indicate they are to attend to the faithful or ‘flock’. The solitary lamb is one of the symbols of Christ, and represents his sacrificial nature as referenced in John 1:29: ‘Behold the Lamb of God who takes away the sin of the world’. 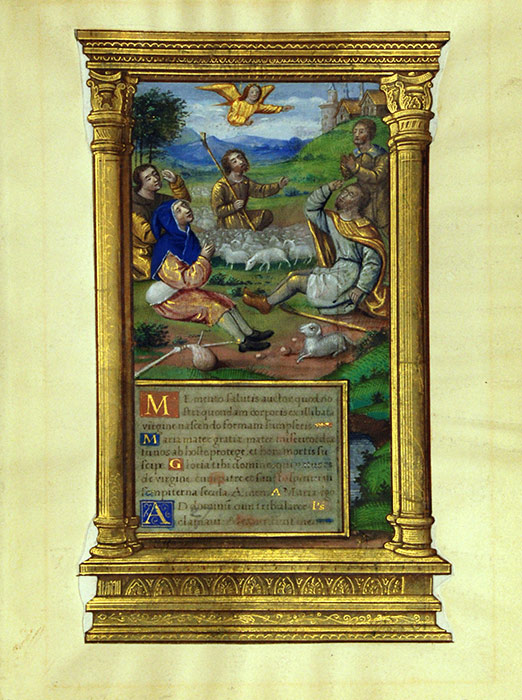 The Flight into Egypt portrays the Holy Family fleeing Israel after King Herod’s decree that all the infants in the land were to be killed, in the hope of murdering the newborn ‘King of the Jews’. Mary and the infant Jesus are carried by a rather dour-looking donkey, an animal symbol for humility, patience, and service. The beast is lead by Joseph, Jesus’ surrogate father. The infant Jesus is swaddled in a cloth coloured red, a colour representative of many concepts in Christian iconography, from love and martyrdom to the Holy Spirit and the Church.

This scene is sometimes accompanied by an apocryphal miracle such as this background depiction of the Miracle in the Cornfield. The soldiers pursuing the Holy Family stop and interrogate some peasants, asking when they had passed. The peasants inform the soldiers that it was when they were sowing their wheat seed. The wheat had miraculously grown to full height in the meantime, tricking the soldiers into believing Mary, Joseph and the baby Jesus had passed many weeks before.