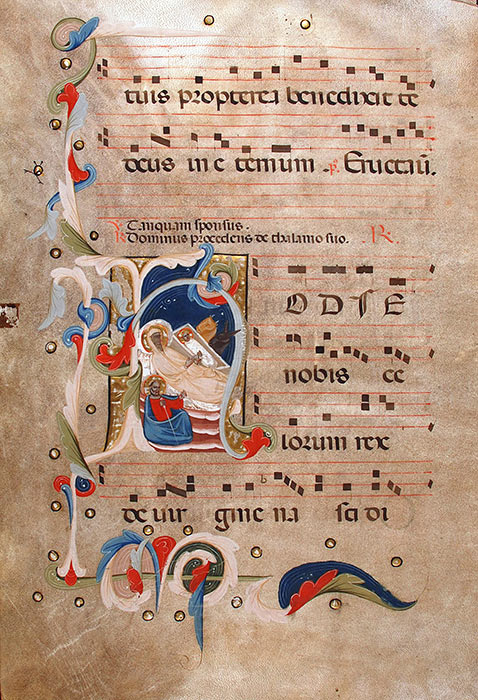 The image of the Nativity is one most familiar to us around the Christmas season. The swaddled infant Jesus lying in the manger is attended to by his mother, Mary, reclining on a mattress, and his surrogate father, Joseph, kneeling by her side.

Peering into the manger, warming the infant with their breath, are an ox and an ass. Neither animal is mentioned in the Gospels, but they became an essential part of the Nativity scene to fulfil the saying in Isaiah 1:3: ‘The ox knows its owner, and the ass its master’s crib’ (Child and Colles 86). Both animals are representative of humility, and are placed in the Nativity to show the humblest of creatures recognising Christ.