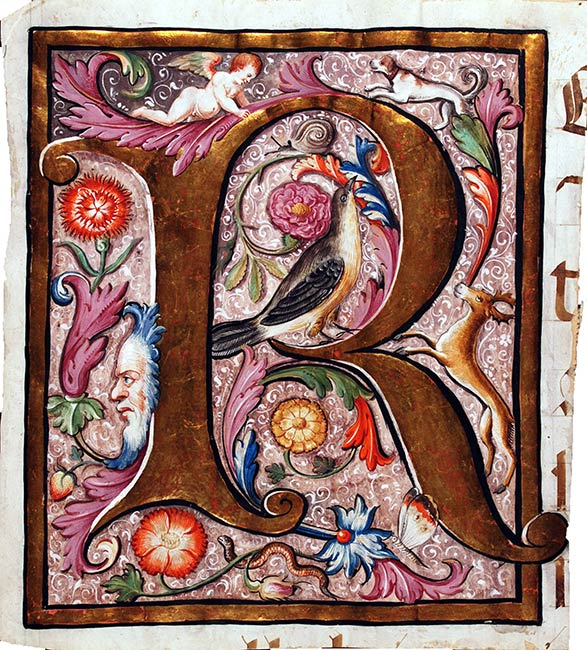 The initial is surrounded by an assortment of images, from a cherub and green man to stylised flowers and realistic animal figures. The symbolism usually attached to various animals is derived primarily from bestiaries (compendium of beasts), a popular genre during the Middle Ages.

Birds were symbols of the soul. The butterfly, ‘reborn’ from its chrysalis, is a sign of the Resurrection. The dog represents loyalty and fidelity, and the stag, a symbol of religious devotion and piety. The serpent is generally associated with sin and Satan, but can also mean subtlety or wisdom. The snail is another creature with a dual meaning. It could indicate perseverance and humility, laziness and sloth, or even the Resurrection.