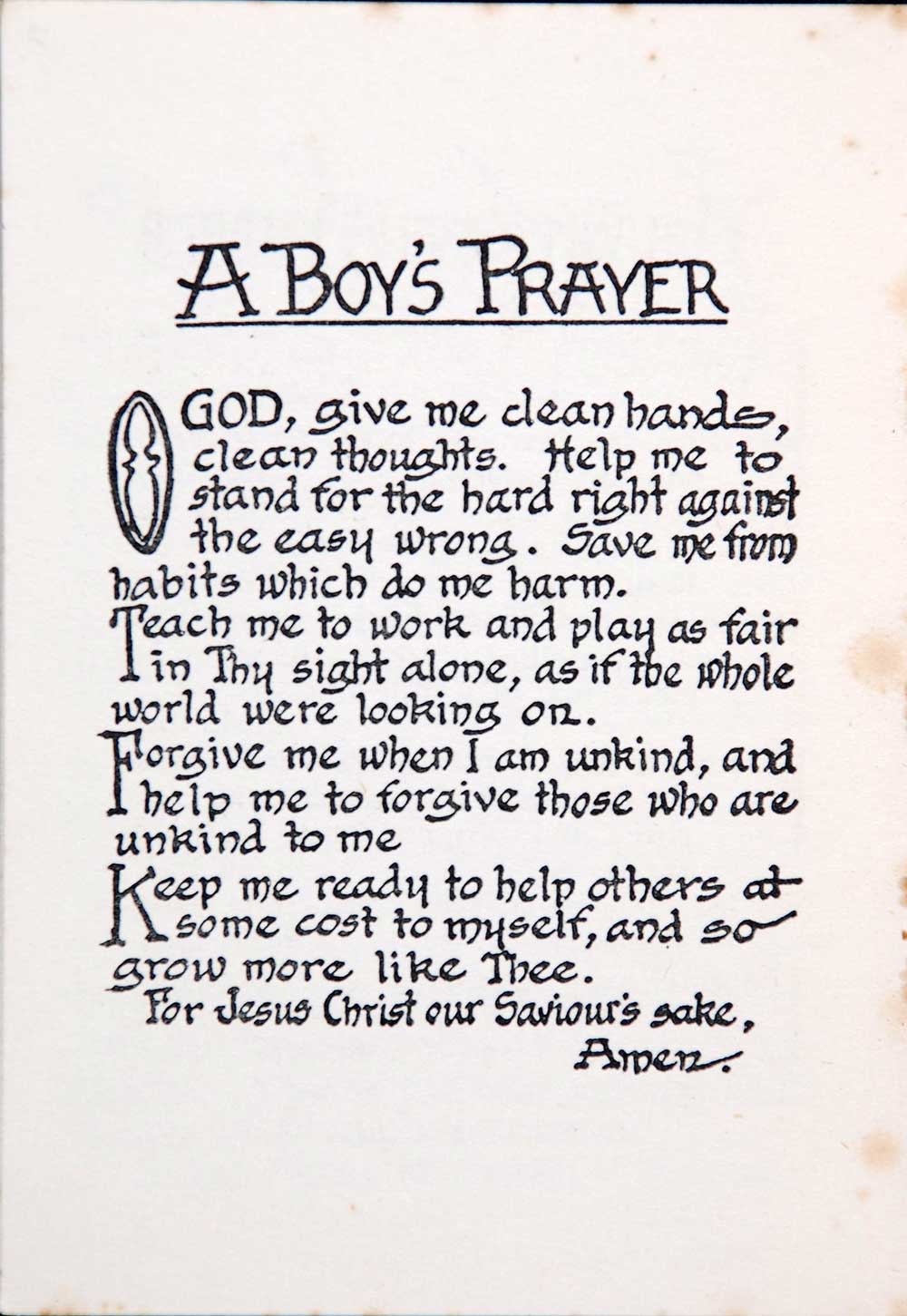 This prayer book for children compiled by A.H. Reed is a twentieth century New Zealand example of a devotional work. He admonished the young reader: “Try to remember that just saying words is not really praying. In praying we need to be thoughtful, and mean what we say. And this little book is not meant to be like a crutch that you have to lean on all the time, but like a sign-post to guide you in the right way.” 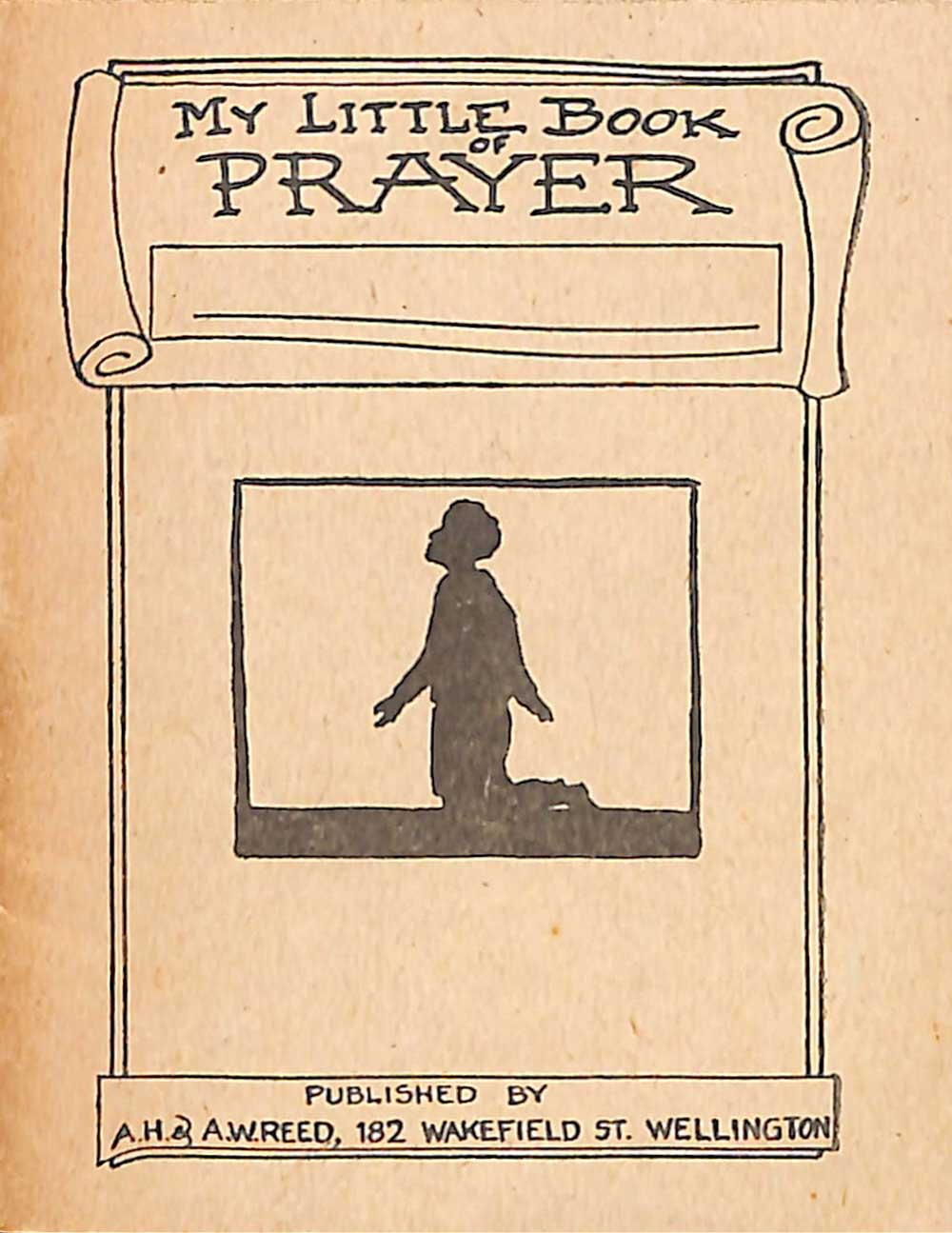 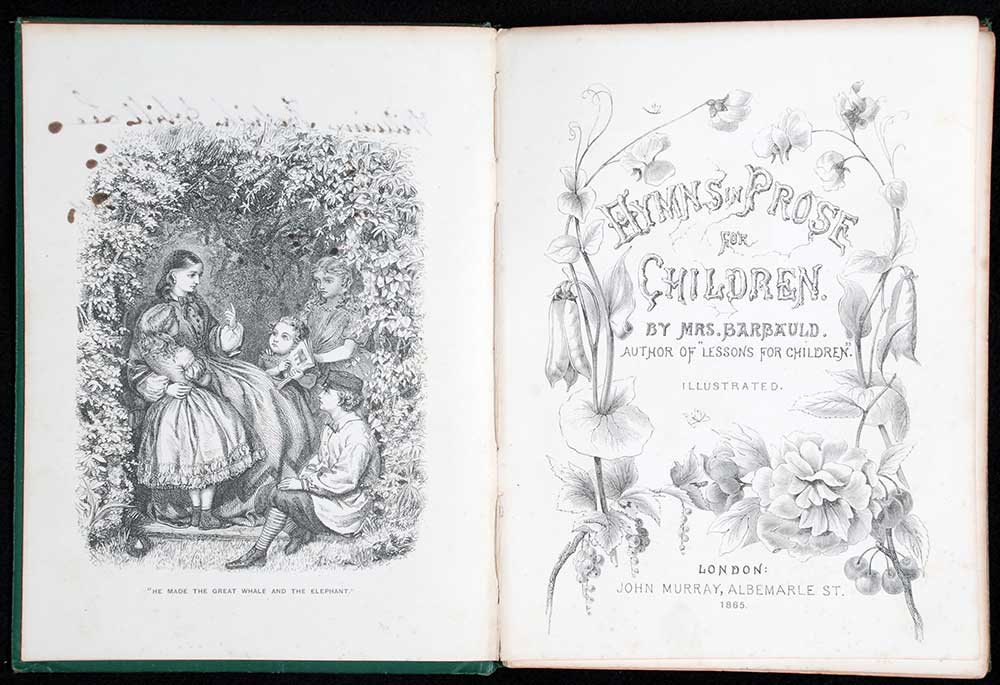 Anna Laetitia Barbauld (1743-1825) was a prominent English author who wrote in a number of genres including poetry, essays and children’s literature. In her preface to Hymns in prose for children, first published in 1781, the author is concerned with the capacities of children to read, understand, and appreciate religious material. She writes of her intention to “impress devotional feelings as early as possible on the infant mind … to lay the best foundation for practical devotion in future life.” Barbauld’s children’s works were influential because she took the needs and abilities of children into account, and wrote with the inviting, conversational style found in this volume. 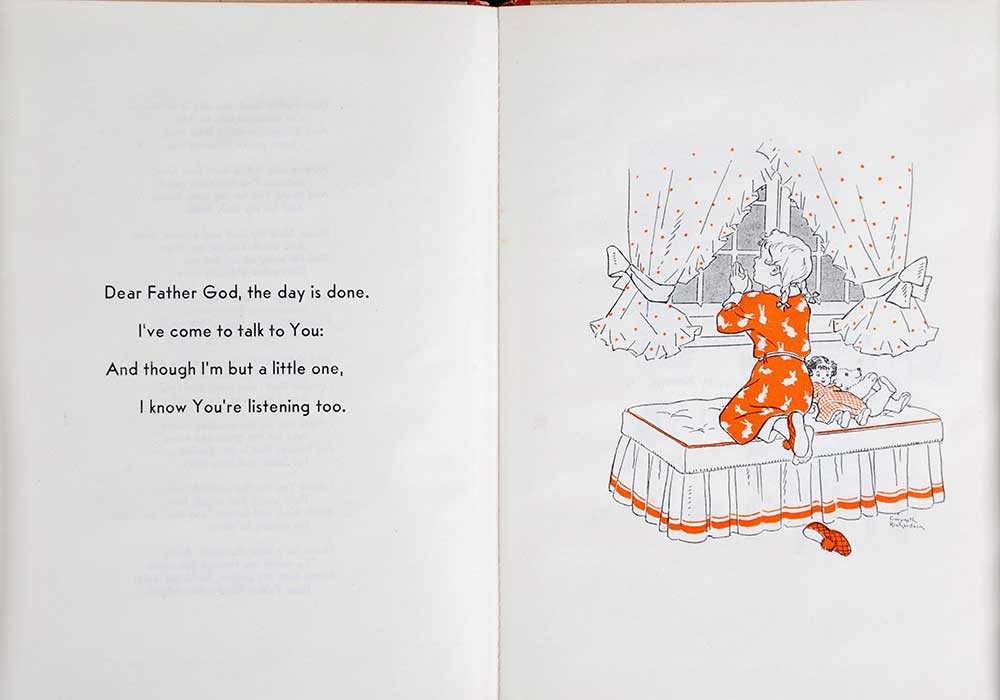 This devotional poem, written by Ann Allan (the pseudonym of Mrs Isabella Purvis Brabyn) and illustrated by Gwyneth Richardson, comprises a young girl’s thoughtful prayers spoken to God before bedtime. 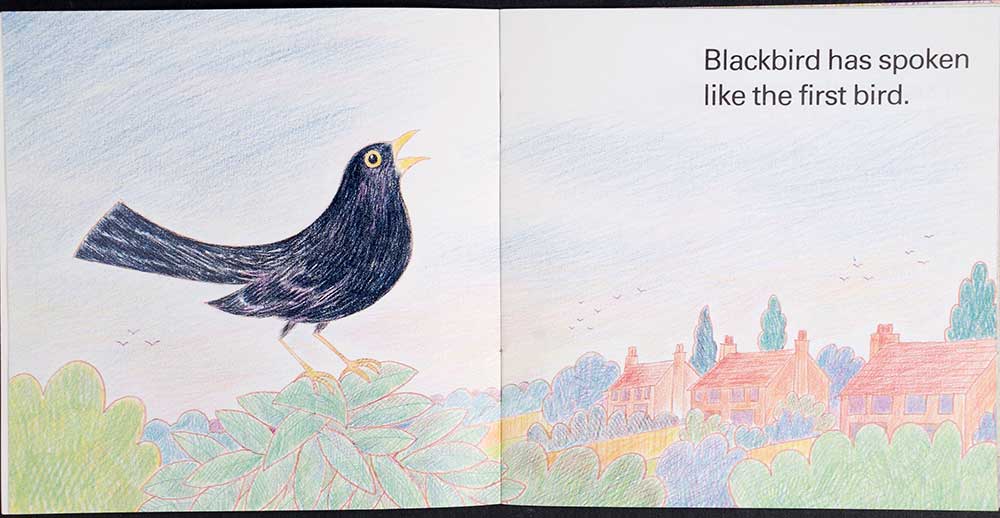 A children’s picture book based upon Eleanor Farjeon’s words to the hymn Morning has broken, originally published in the hymn book Songs of praise (1931). It was later published in Farjeon’s poetic anthology The children’s bells (1957), under the title ‘A morning song – for the first day of spring’. Her poem achieved international fame when recorded by the pop-folk artist Cat Stevens in 1971.

Clearly a hymn for children, Morning has broken praises God for the sights and sounds of the new day and likens each dawn to the very first day in the Garden of Eden. This edition is part of a series of small books featuring the texts of hymns and sacred songs accompanied by vivid colour illustrations to appeal to younger children.