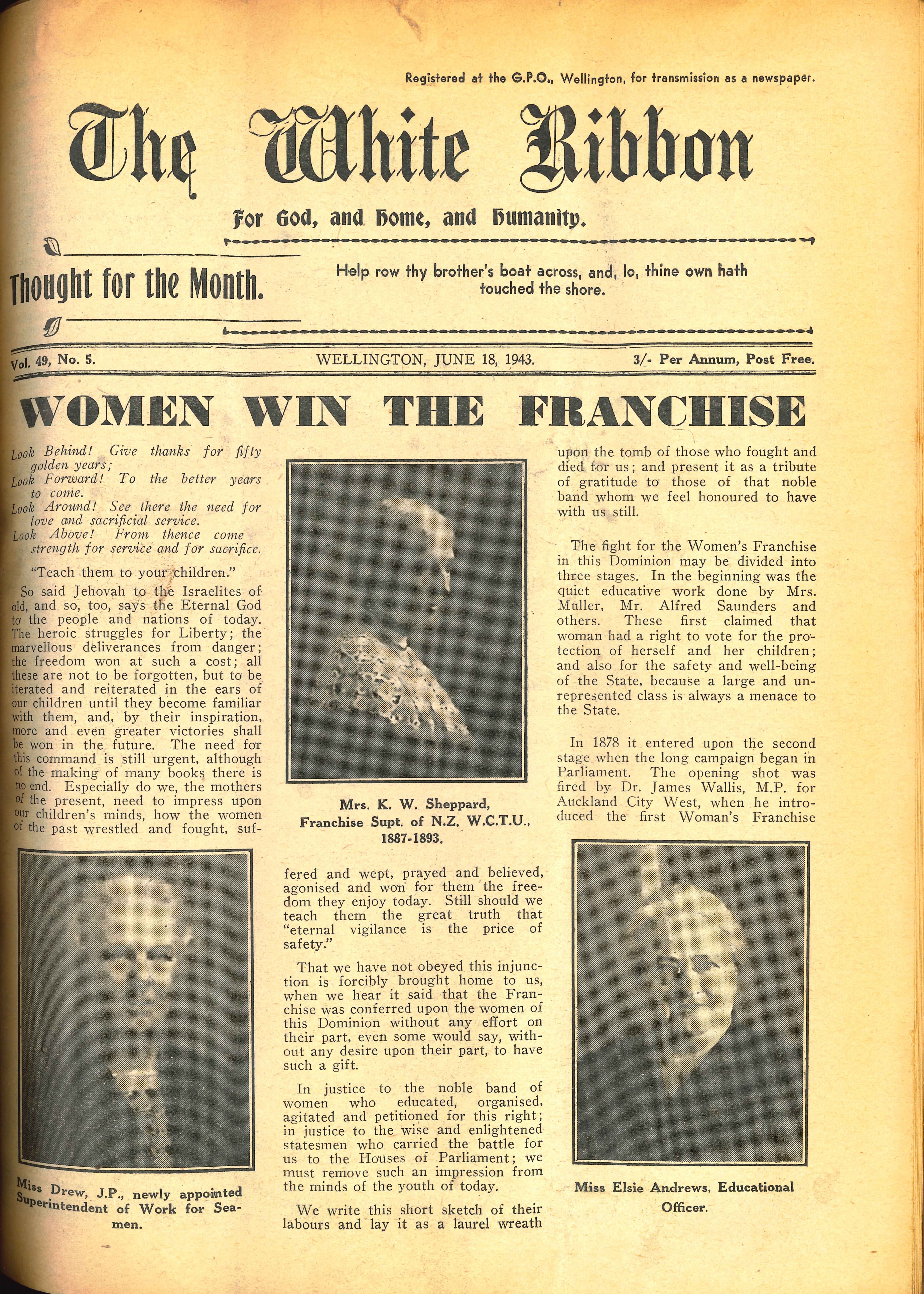 The white ribbon was the official magazine of the New Zealand Women’s Christian Temperance Union from 1895 to 1965.

This 1943 issue marks the fiftieth anniversary of women’s suffrage in New Zealand. It warns of the need “to impress upon our children’s minds how the women of the past wrestled and fought, suffered and wept, prayed and believed, agonised and won for them the freedom they enjoy today.”

The white ribbon: for God and home and humanity. Wellington: Printed for the W.C.T.U. of N.Z. by Wright and Carman, June 18, 1943.
Open image in new window 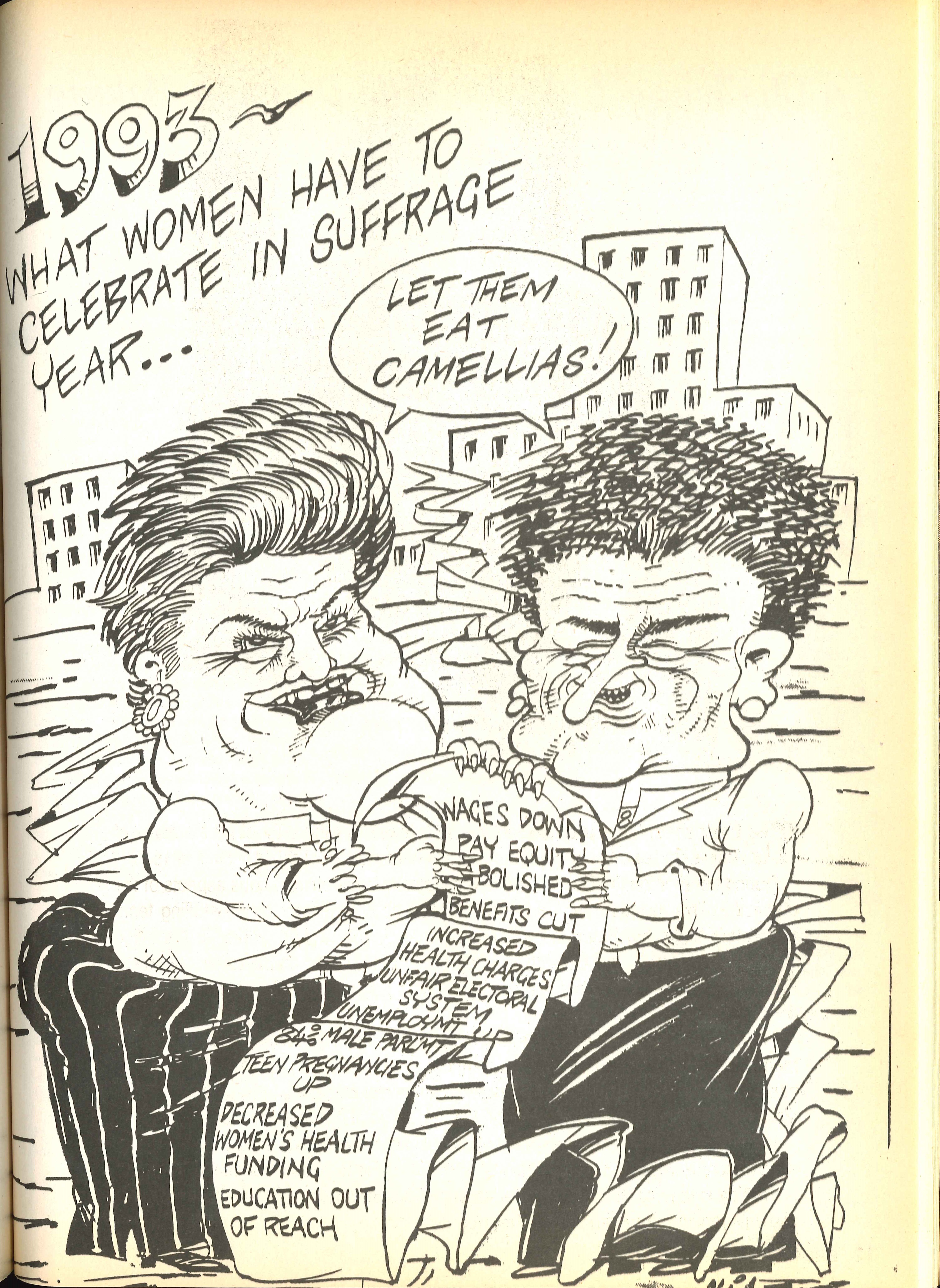 Broadsheet was a New Zealand feminist periodical published in Auckland between 1972 and 1997.

The cartoon is by Al Nisbet.