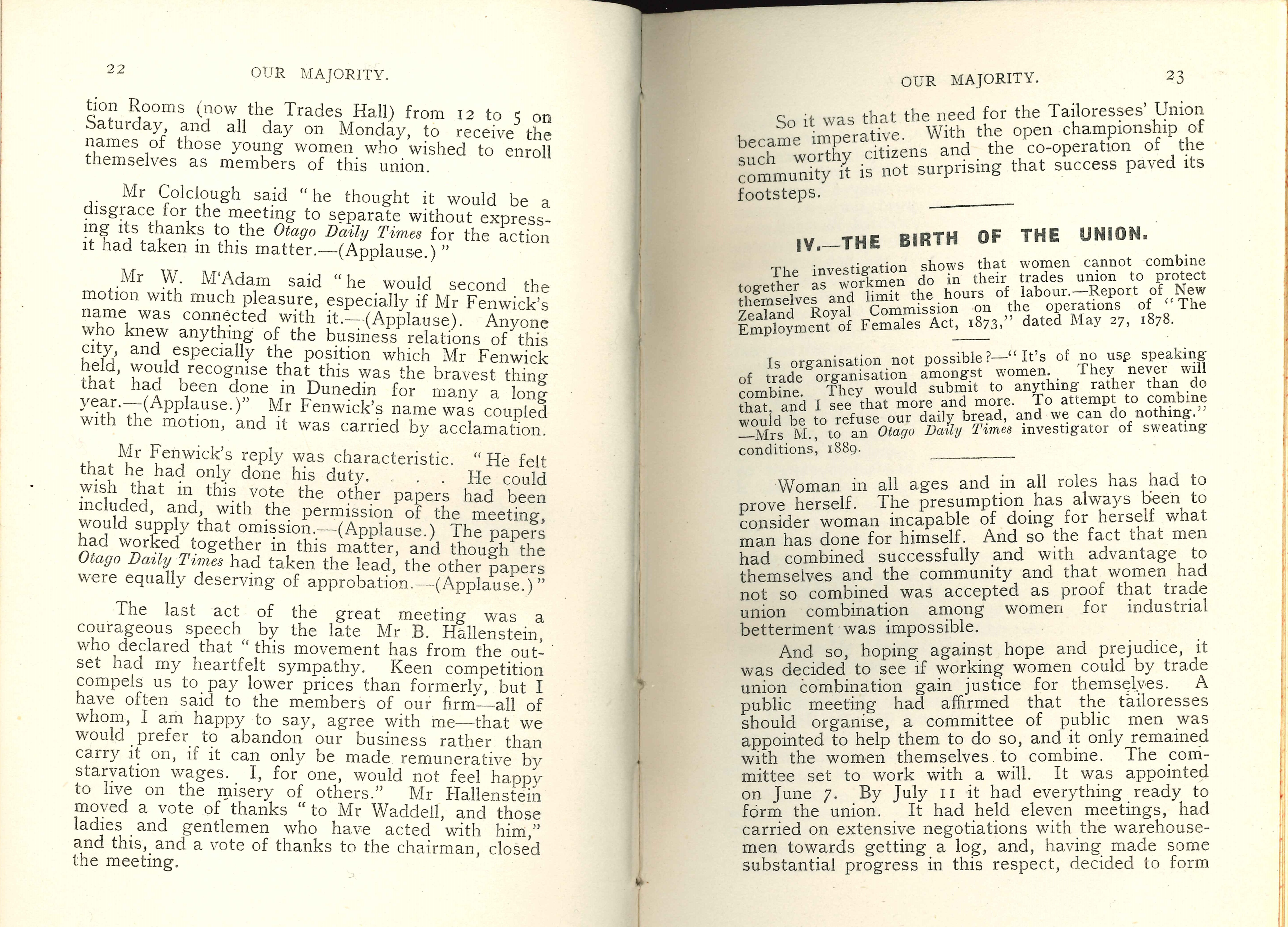 The Dunedin Tailoresses’ Union was formed in 1889 by labour leaders (all men) concerned about conditions and pay for working women. Management of the DTU was quickly taken over by women. It pursued a broad feminist programme, and assisted in the formation of tailoresses’ unions in other centres.

The DTU was involved in the campaign for women’s suffrage. DTU Secretary Harriet Morison was also a member of the Women’s Christian Temperance Union and an associate of Helen Nicol, WCTU suffrage organiser in Dunedin. Vigorously involved in the campaign, Morison spoke of the interests of working women, their desire for employment reform, and the need for Members of Parliament who would represent them.

Rank and file members of the DTU were active in circulating suffrage petitions, contributing significantly to the high number of Dunedin signatories. 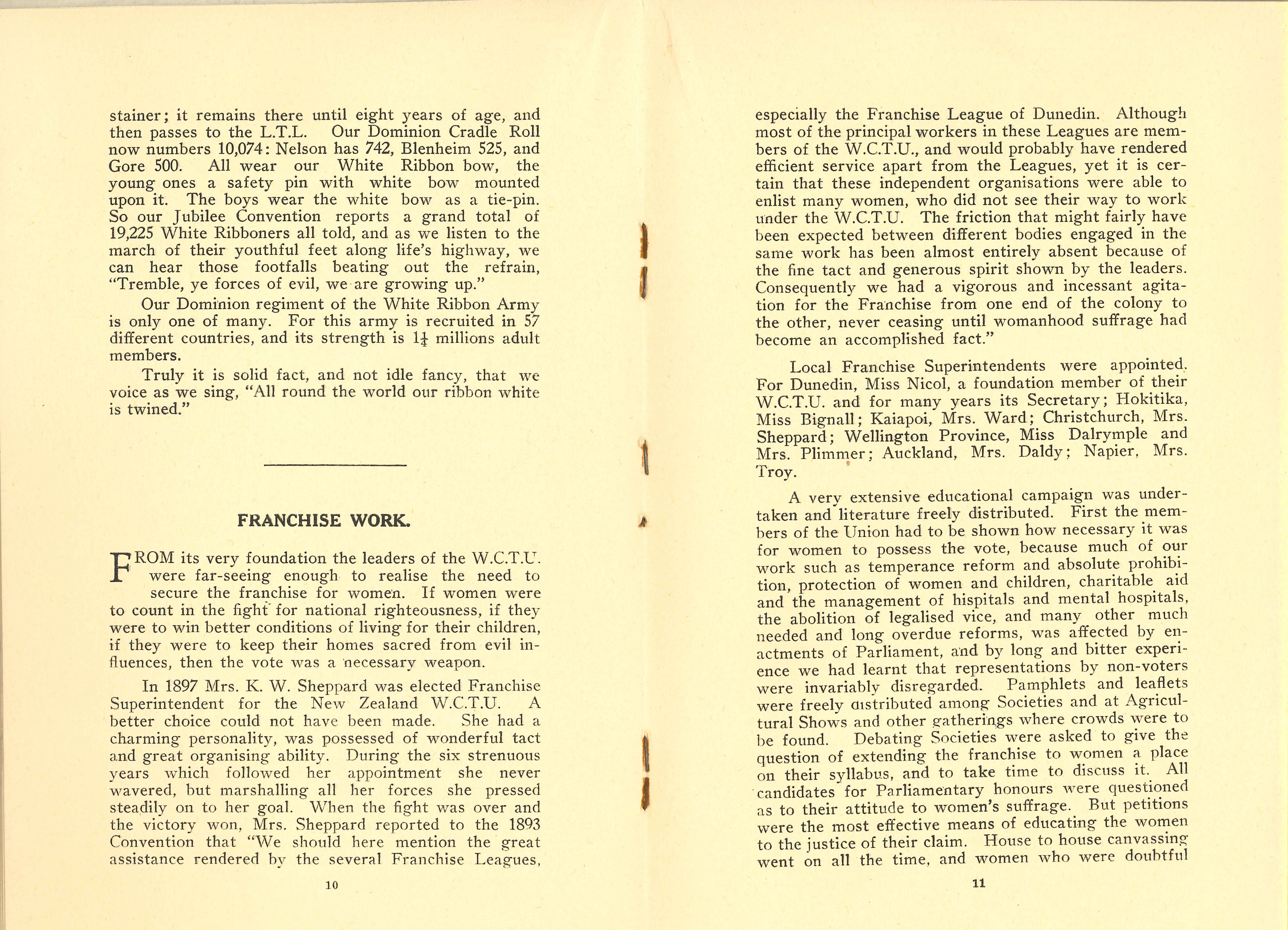 The temperance movement and women’s rights were intertwined in New Zealand. Large numbers of women joined temperance organisations from the 1870s, and from 1885, the first New Zealand branches of the Women’s Christian Temperance Union were formed. It was the country’s first national women’s organisation.

From the late 1880s to 1893, the WCTU led the campaign to win women the vote in national elections. Kate Sheppard, as leader of the Union’s franchise department, became the face of the campaign.

Crucially, the Union organised petitions. The final one was signed by more than 30,000 women over 21 – the largest petition the New Zealand Parliament had ever received. 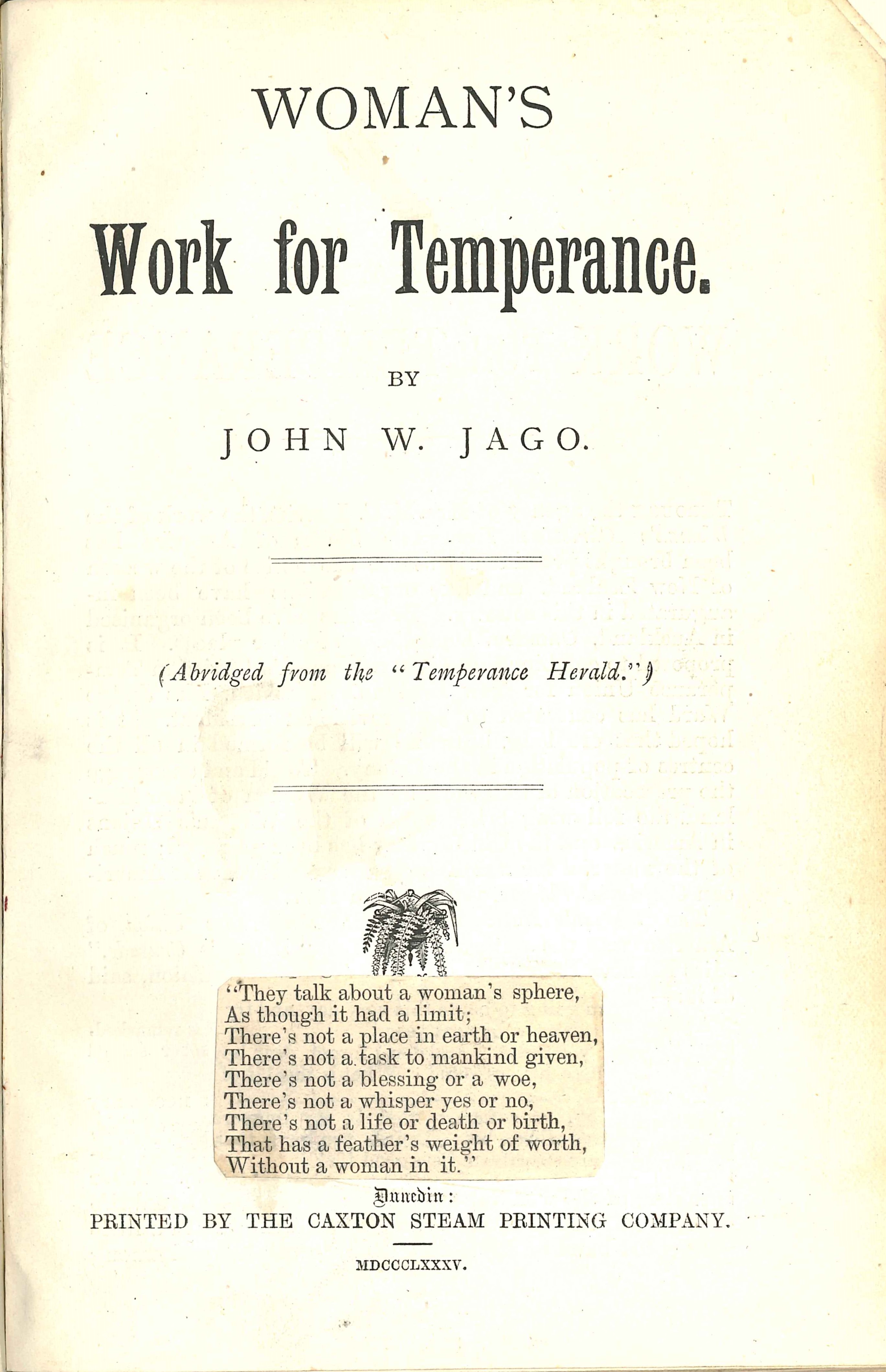 Printed in Dunedin in 1885, this pamphlet comprises a short history of the women’s temperance movements in America and England.

In 1885, the work of the Women’s Christian Temperance Union of America had recently been brought before the notice of New Zealand women via the visit of Mary Clement Leavitt. Regional branches were promptly established throughout New Zealand, including in Dunedin, Oamaru and Auckland. The WCTU quickly evolved into a prominent advocate for women’s suffrage in New Zealand.

The author John Jago (1830-1904) was a prominent Dunedin-based temperance advocate. This pamphlet is based upon materials previously published in the Temperance herald, the predecessor to the Temperance standard (See Case 3).