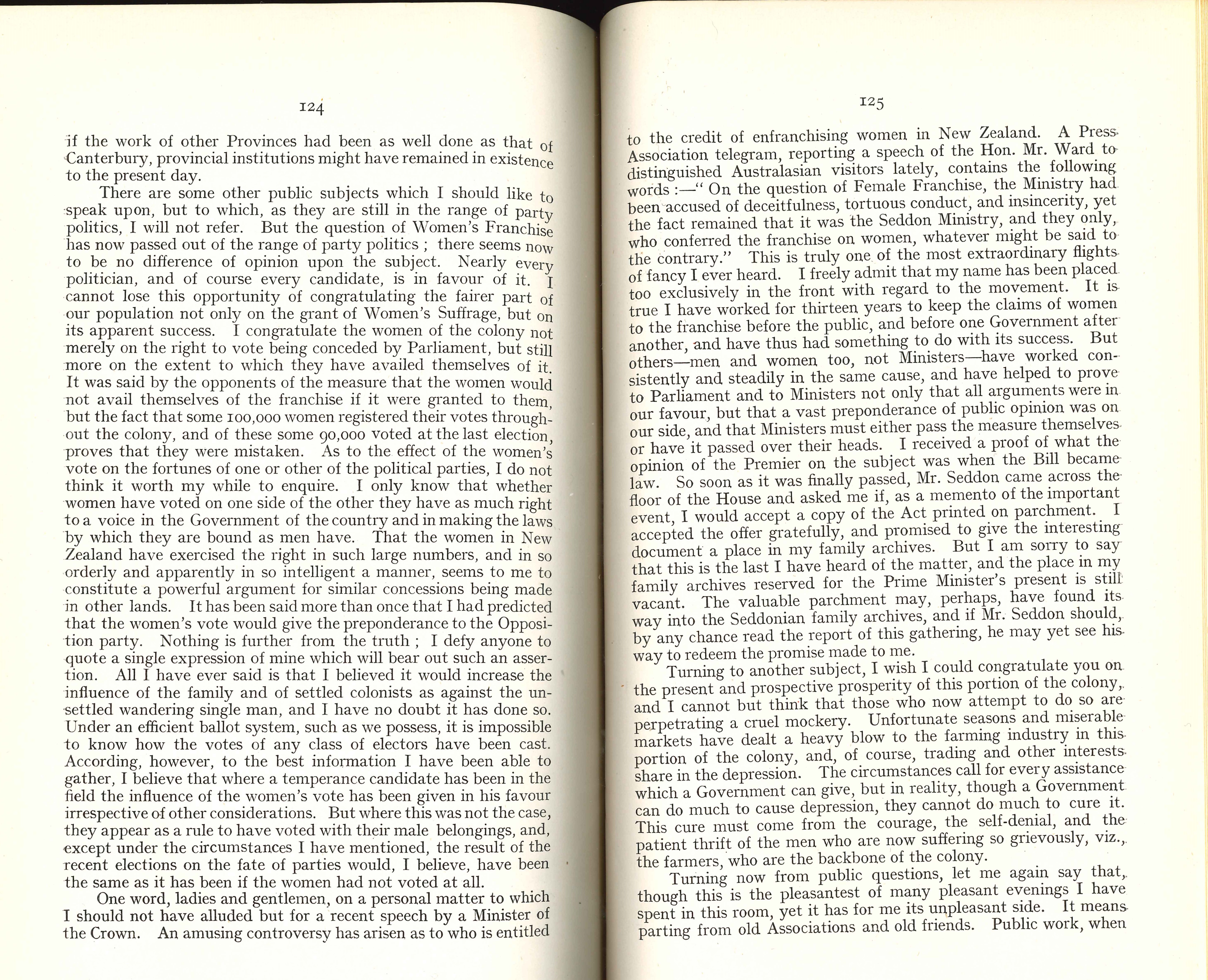 Hall had long believed that women had a right to the vote – as a member of the Stafford ministry of 1867 he had introduced the Municipal Corporations Act, granting the franchise to women ratepayers in local body elections.

Hall also believed that votes for women would exert a conservative influence; that women, as homemakers, would side with landowners because both groups desired permanence and stability.

On display is a portion of Hall’s speech made upon his retirement at the Leeston Town Hall, Canterbury, in 1894. With typically cool and methodical delivery, he observed that opponents of suffrage have all but disappeared, and could not resist a dig at Mr Seddon. This suffrage history was originally published in the White ribbon periodical in 1901-02, partially to refute statements made in William Pember Reeves’ State experiments in Australia and New Zealand. It celebrates the contribution of suffrage leaders including Mary Muller, John Hall, Alfred Saunders and Kate Sheppard.

The author William Sidney Lovell-Smith (1853-1929) was a printer and long-time friend and supporter of the suffrage campaigner Kate Sheppard. Sheppard’s husband Walter died in England in 1915, and in 1925 Lovell-Smith became her second husband. He died four years later. 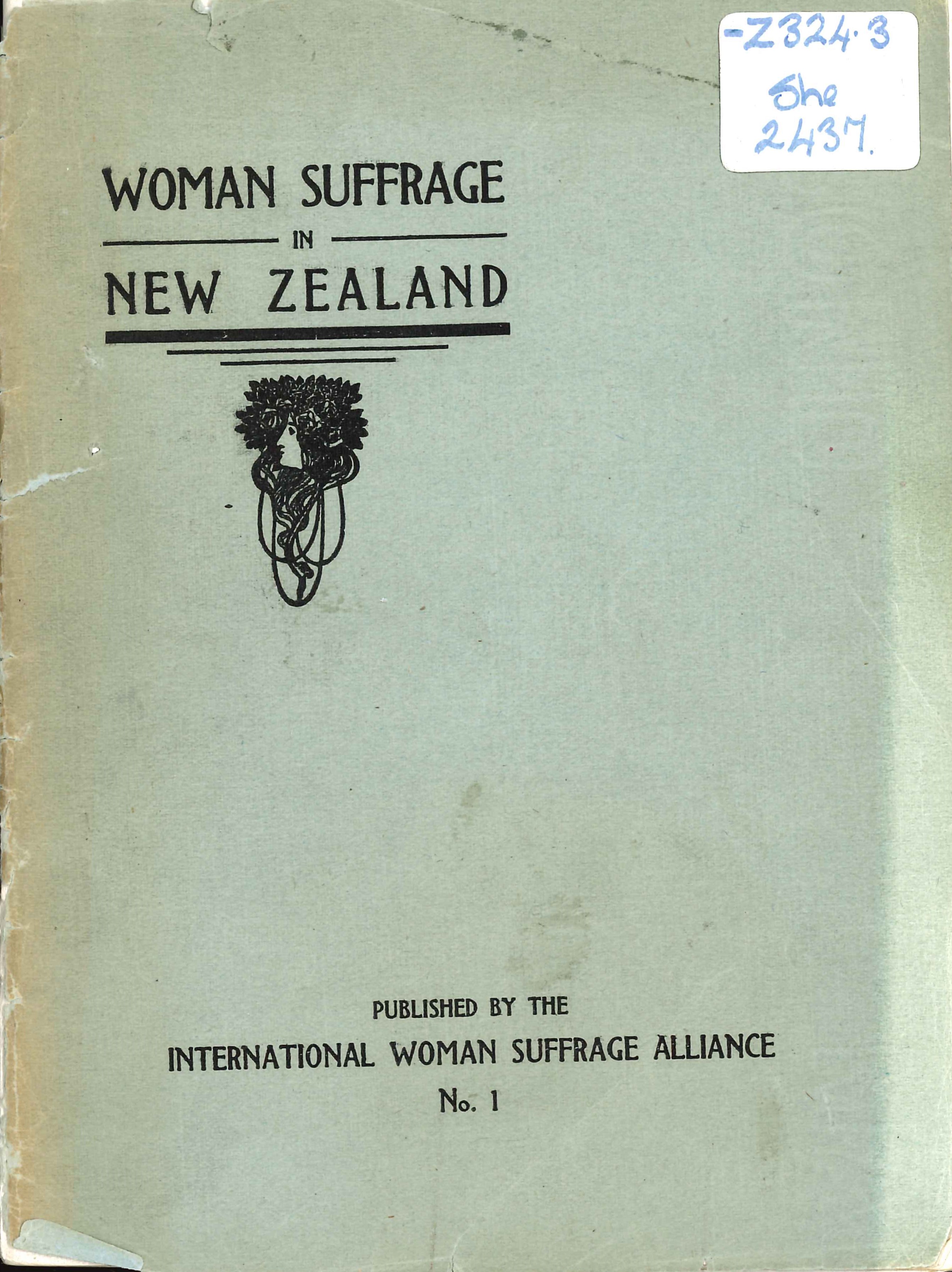 Kate Sheppard wrote this pamphlet for the International Women’s Suffrage Alliance in 1907. It is written for readers in England and other countries still struggling for the franchise, and addresses criticisms which were being trumped up by the press as truisms.

The pamphlet was a positive statement about women’s franchise in New Zealand and included details about the legislation which had been passed. Kate Sheppard found the pamphlet useful for sending to suffragists overseas, and it made an important contribution to the international suffrage movement.

The pamphlet concludes with testimonials from numerous New Zealand politicians, most of whom agreed that the women’s franchise worked well and led to a greater interest in social and humanitarian issues.