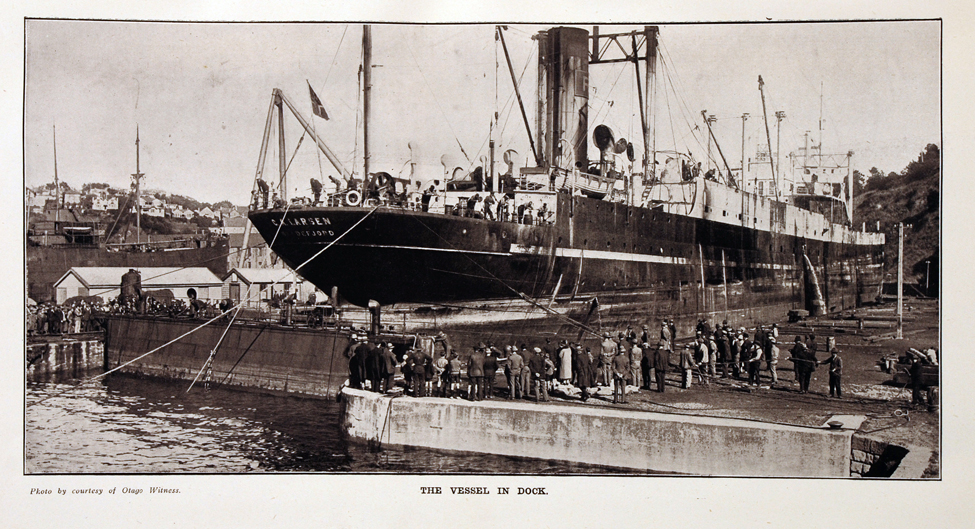 The whaling factory ship C. A. Larsen was only the second whaler built able to process whales at sea, with a large loading ramp in the bow. At 158 metres long, this was the largest vessel ever mended at the Otago Dock, Port Chalmers. In fact, the dock needed to be lengthened by over eight metres to allow it to berth. The Otago Harbour Board proudly reproduced a series of photographs from originals published in the Otago Witness newspaper. 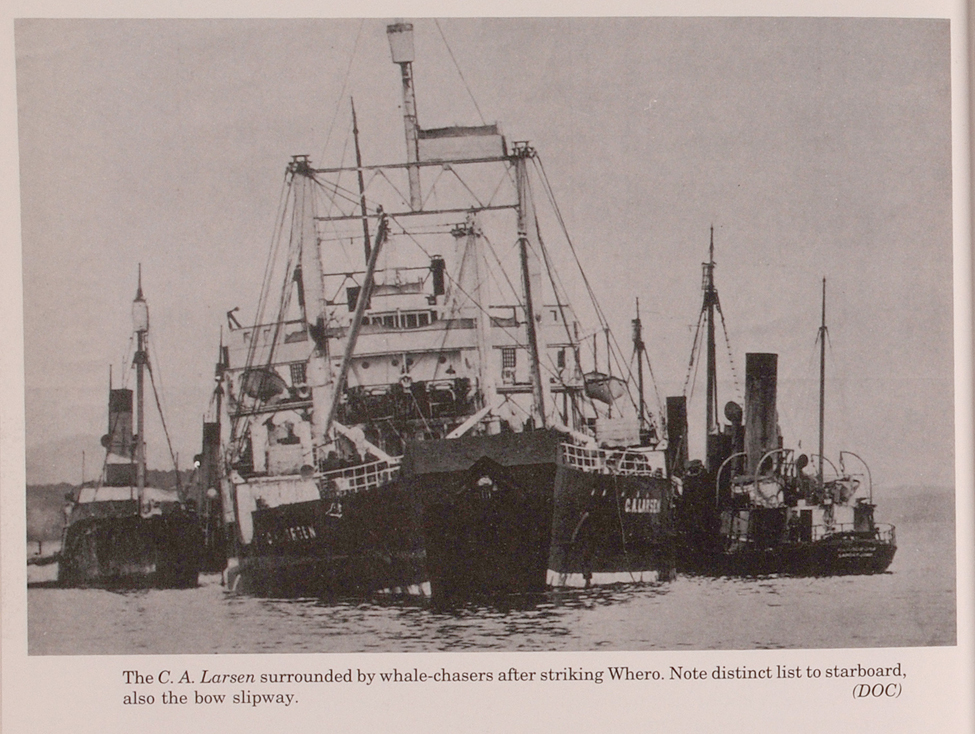 The C. A. Larsen was badly damaged on rocks at Stewart Island, and spilled tons of whale oil onto the coast. The Otago Harbour Board threw many resources into securing temporary repairs and getting the ship safely to Port Chalmers. The C. A. Larsen arrived here in April 1929 after these dramatic salvage efforts. Permanent repairs were done by Stevenson and Cook at the dock.