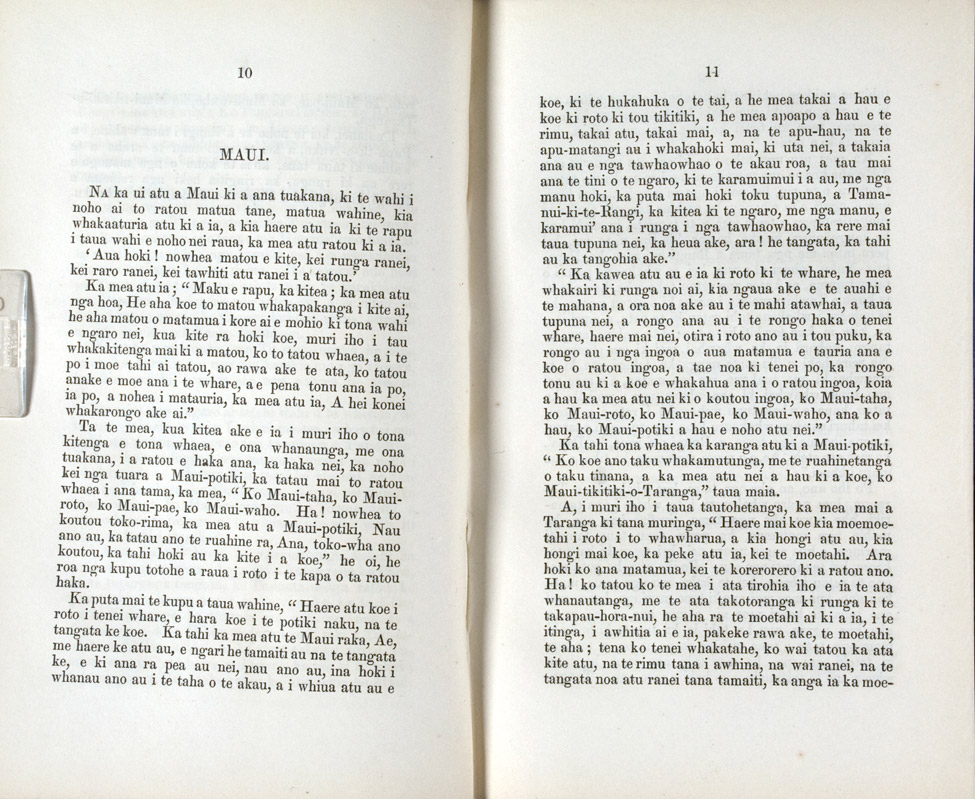 While Ko Nga Moteatea does not deal solely with Māori mythology, Grey indicated in the 1853 preface his desire to publish a volume dedicated to the subject. ‘It is hoped’, he wrote, ‘that it may hereafter be found practicable to publish a separate work containing the more interesting romances, which are preserved by the natives of the different districts of the Islands’.

This volume was Ko Nga Mahinga a Nga Tupuna Maori. Published in 1854, the work includes thirty-one Māori legends in three parts concerning the creation of humanity, heroes and heroines, and the settlement of Aotearoa by their ancient ancestors (McRae 13). The first edition is open to the legend of Māui, a demi-god and one of the most famous characters in Māori mythology as a hero and trickster. 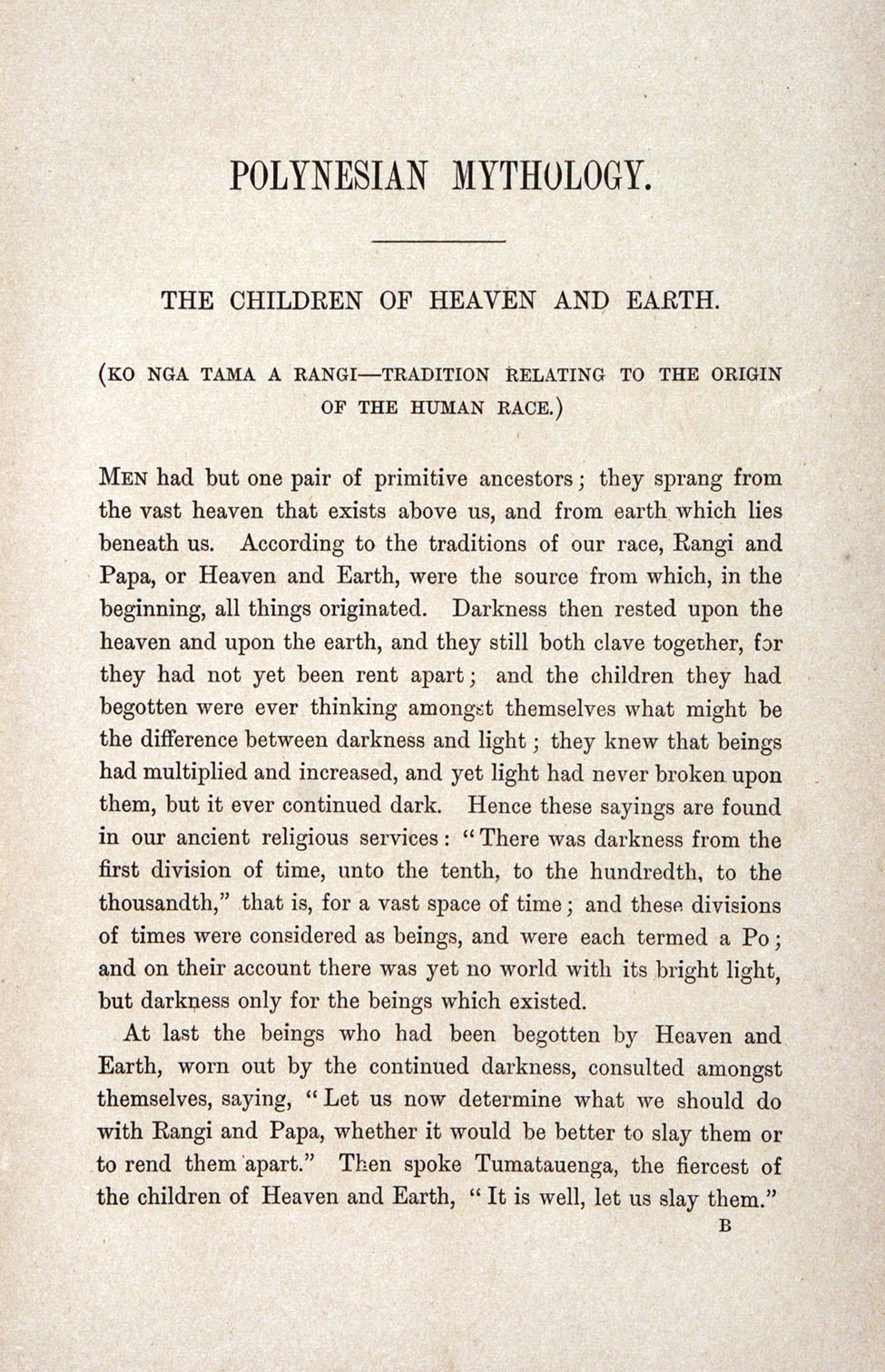 First published in 1855, Grey’s Polynesian Mythology was the English translation of Ko Nga Mahinga. Twenty-three of the thirty-one legends from Mahinga were selected for publication based on their appeal or suitability to the tastes of a mid-Victorian readership. The book was a commercial success, and praised by scholars throughout the United Kingdom and Europe.

Though Grey’s translations have come under modern criticism for his emphasis of the picturesque and sentimental qualities, rather than the historical and informative nature of Māori myths and legends, his Polynesian Mythology ‘represented a huge step forward in vividness and power, when compared to the vague, fragmentary accounts of Māori mythology that had appeared in earlier descriptions and narratives’ (O’Leary 22).