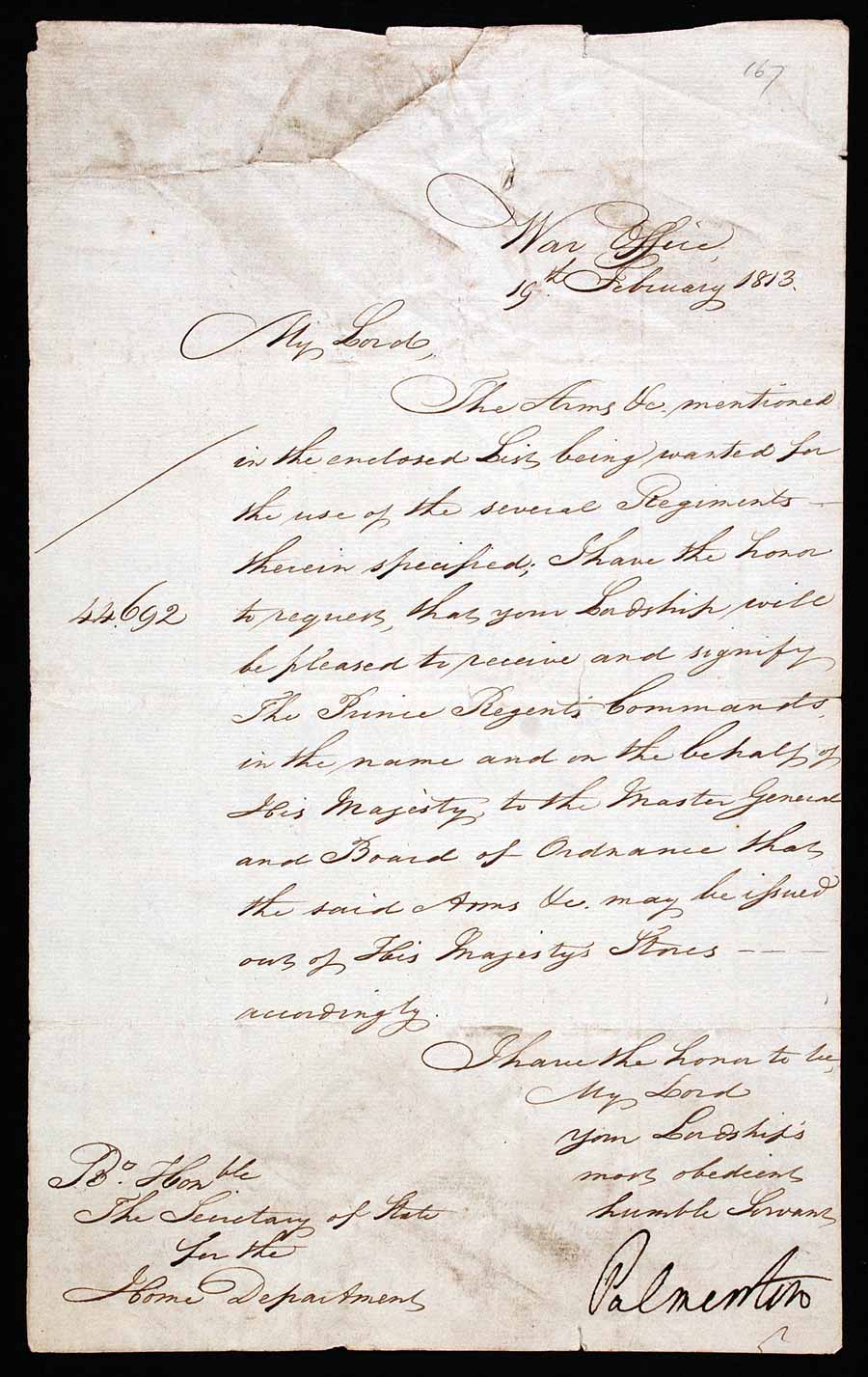 Nicknamed 'Pam' and ‘The Mongoose’, Lord Palmerston first sat in Parliament in 1807. He served as a statesman almost continuously for fifty-eight years, beginning as a Tory and ending as a Liberal. Palmerston is remembered for his direction of British foreign policy, serving terms twice as Foreign Secretary and Prime Minister. To him is owed the dictum that the Briton abroad is everywhere entitled to Britain's protection, though some of his interventionist actions were considered controversial at the time and remain so today.

Palmerston was serving as Secretary for War when this document was issued. The order is for arms to be supplied to a number of unspecified regiments, which the ‘Prince Regent Commands in the name and of the behalf of His Majesty’. The Prince Regent was George, Prince of Wales, who ruled as the proxy to George III who was deemed unfit to rule due to mental illness. In February 1813, Britain was involved in the Napoleonic Wars and in the Anglo-American War of 1812 to 1815. 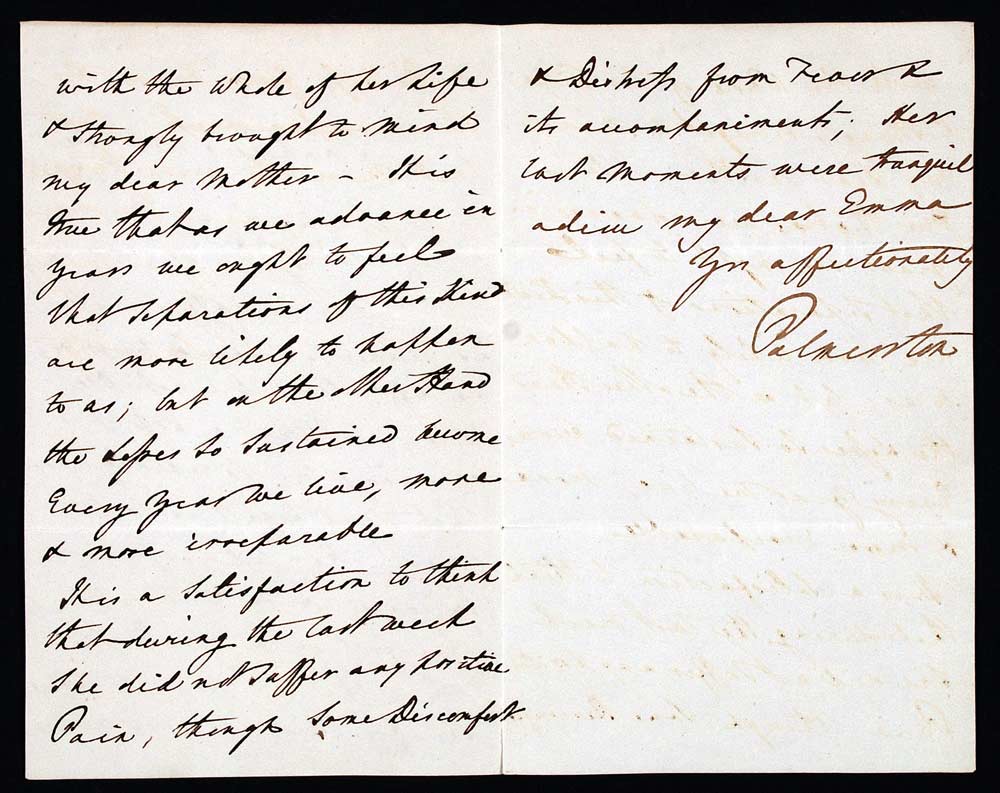 By many accounts, Lord Palmerston, who was a bachelor until the age of fifty-five, was a very charming man. According to the Dictionary of Biography, he was a ‘considerable womanizer, nicknamed Cupid’, who ‘took mistresses from society and women from the demi-monde, [and he] recorded sexual successes and failures in ... pocket diaries’.

One of Palmerston’s mistresses was a woman called Emma Murray, to whom he paid a regular allowance for two decades and to whom this letter was written. The content, however, was not of an amorous nature. Instead, the letter bore the sad tidings of the death of Palmerston’s sister Frances (1786–1838). He begins: ‘We are all as well as under so severe & trying an affliction it is possible to be; but what a Life it is? & coming ... so rapidly after that which befell last year!’ (Elizabeth, Palmerston’s other sister, died in 1837) Referring to Frances, Palmerston wrote: ‘Her Calmness, & Patience, & Fortitude & cheerfulness, & Kindness up to the last Hour to which she breathed, were in union with the whole of her Life & strongly brought to mind my dear Mother.... [The] losses so sustained become Every Year we live, more & more irreparable’.